Track & field can learn from tennis: No media, no money 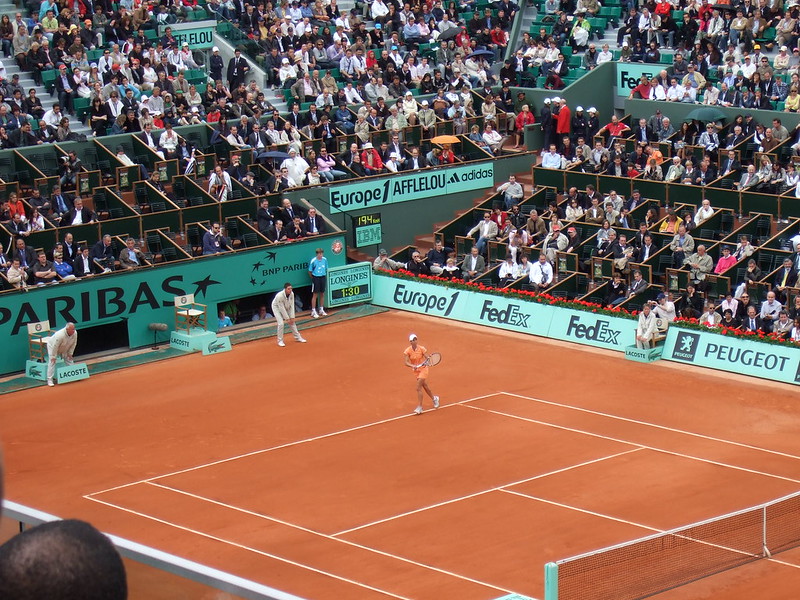 Naomi Osaka’s withdrawal from the French Open has drawn into the open (if it was ever hidden) the relationship between athletes, media and money. Track & field athletes can’t afford to pass up a single microphone this summer, or any other.

This might require the athletes to push back against their coaches and the received wisdom of the sport.

Too often, track & field coaches convince their athletes that their only job is to train and compete. They view media - traditional and social - as a distraction from training, and sponsor and partner events as intrusions on the athlete’s mental state. Some of the non-commercial backers do the same, positioning their grants as a means of protecting the athlete beneficiaries from all pesky non-commercial obligations.

Don’t believe us? Look at some of the language the sport uses. “Enclave” is one of our favorites. The word comes to us from “enclose.” Its formal definition is a distinct territory fully surrounded or enclosed by another. Yet we still hear about running enclaves or training enclaves in track & field.

Or consider some of the memorable encounters I’ve had. I once exchanged emails and phone calls with the head coach of a professional running team (enclave?), trying to gain access to his athletes for 20-30 minute phone calls so I could produce profiles of who they are and what they are like away from the sport. After several weeks of back and forth, he told he had to decline my offer - without asking the athletes what they wanted! - because it was April, and he really wanted them to focus on the season.

That team never had a team sponsor, none of the athletes ever had a significant contract and the team was defunct in about two years.

Then there was the Olympic medalist who said he didn’t want to do a similar “off track” interview because he had recently switched sponsors. Rather than show his new sponsor what a gem they had just signed by showing his willingness to be available to the media and by taking other aspects of his personality out into the world, no, he figured they would prefer he keep a low profile.

I received a similar excuse from a then-US record holder. It “wasn’t a good time” because of his sponsor situation. Because sponsors hate publicity and athletes’ personalities, or something.

Track & field can’t afford to walk past any microphones. Not ever, but particularly not this summer when the microphones are connected to mainstream sports platforms instead of just the usual track & field niche sites. A microphone in an Olympic year could reach millions in a sport that is usually giddy when they reach tens of thousands.

Interacting with the media is as much as part of an athlete’s job as running, jumping, throwing, scoring goals, shooting baskets, dribbling, pitching, serving, passing, defending, fielding or whatever else.

Social media can help, but too often - as we see with many track & field athletes - when it is the primary means of public interaction, it takes people down the influencer route, rather than the athlete route. Despite the numbers people can rack up on TikTok or Instagram, the reach, cachet and money of pro sports are intertwined with sports media.

EVEN MORE: TRACK & FIELD VS. DISC GOLF: WHAT CAN $1 MILLION GET YOU?

Tim Mayotte, the former president of the ATP, told Sportico: “Players need the traditional media more than they would like to think, because they’re going to get written about regardless. The press is more likely to be sympathetic to folks they have a relationship with.”

Relationships start with an introduction. Track & field athletes have to be willing to make them, and the most successful athletes will be the ones who seek them.

Rafael Nadal knows it. Serena Williams knows it. Athletes in the major professional sports know it. If there’s no media, there’s no money.

Proving the point, track & field receives very little media coverage and has the revenue to show for it.

What track & field can learn from Villareal's Europa League title

Track & field stadiums detach throwers from the rest of the sport