Track & field vs. Disc golf: What will $1 million get you? 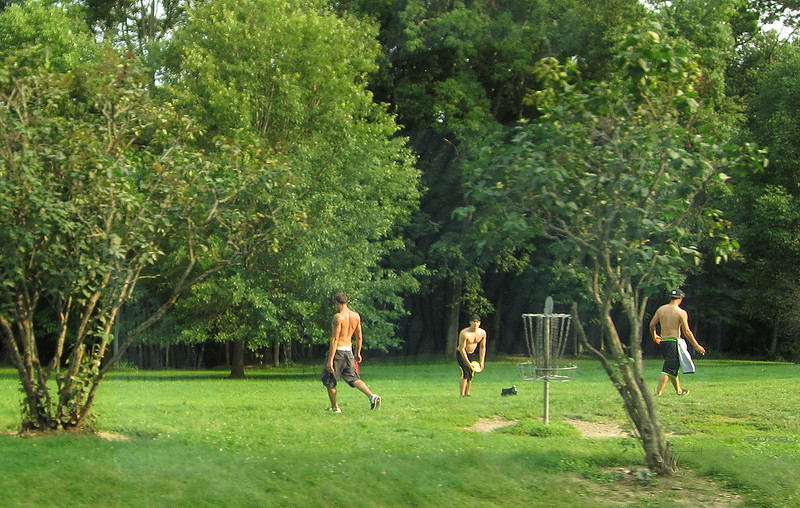 On the balance of yesterday’s news, track & field’s offerings to pro and prospective pro athletes have fallen behind another sport.

What would you rather be on the receiving end of: a piece of $1 million spread across 11 meets, each meet having about 15 events between men’s and women’s, and the money for each event divided amongst the top 3 athletes… or $1 million a year for each of 10 years?

Right up front, let’s knock out all the apples & oranges, caveats and disclaimers. USA Track & Field is the national governing body of the sport and Discraft is a private company. They don’t occupy similar places in their sports or in the sport industry. This particular $1 million USATF will spend this summer is prize money for a competition, whereas the $1 million Discraft will spend on McBeth this year is his endorsement salary. And yes, we have a long-standing record both here and in our previous ventures of stating quite loudly that paying athletes and presenting anything other than national championship meets are not part of an NGB’s mandate. That is, this is exactly the sort of thing that’s not their job.

Matter of scale: What does $1 million mean for each sport?

Those out of the way, the figures involved speak to the scale of each sport’s finances. Too often, people in track & field bandy about numbers without an idea of what’s big and what’s small, either in the context of the sport or the broader sports industry.

Within the context of these announcements, one man will get $1 million. Per the back of the napkin math above, assuming prize money is three-deep the average prize winner will take home $2,000. Not to get overly mathematical, that’s the mean of three athletes. The median take-home from all the athletes is zero dollars, since most won’t be top three (obviously).

Beyond these meets, let’s remember what we wrote here in June. World Athletics’ events and “sport development activities” came to $20 million in 2018, of which $4.55 million went to the Diamond League. The highest levels of the sport globally operate on the same scale as USATF, which is the same scale as a single disc golfer.

Also from that article, $1 million is anywhere from 15-25% of the annual loss at the top track & field programs in NCAA Division I. Or, to take a different approach, the University of Nebraska paid $1.7 million for each of their 4 points at the 2019 NCAA Outdoor National Championships. The amount of prize money at each meet in the Journey to Gold - Tokyo series will be about what the University of Texas paid for each of their 46 points.

NCAA TRACK & FIELD SPENDING AND SUCCESS: CAN WE BUY A POINT? (Data viz)

One final question on USATF’s expenditures on the professional side of the sport: anyone have an answer to question #2?

Transparency: Disc golf puts it all out there

How does Paul McBeth’s endorsement contract compare to those of the top track & field athletes in the United States? Does he make more than Grant Holloway or Matt Centrowitz? Is his 10-year, $10 million contract comparable to anything Galen Rupp ever signed?

Unlike track & field, disc golf makes some noise when their top athlete signs a record-setting contract. Discraft’s team manager even spoke on the record for FOS’ article about the contract. The only reason we’re here talking about disc golf right now is because they did that. It’s almost as if they realize that transparency drives interest, interest drives growth and growth drives money.

At least we know what public university track & field coaches in 26 states get paid. If only we didn’t have to rely on legally-mandated disclosure to have these half-a$$ conversations. (Don’t forget our standing offer of anonymity if you want to send us some documents.

The first four months of 2020 - that is, the first few months of all things COVID - saw an 84% increase in press mentions of disc golf. Last April, the disc golf site Parked talked about why disc golf may be “pandemic proof.”

Every argument they give could apply to track & field. Outdoors? Check. Socially distanced, if not solitary? Check. Public facilities to train and play? Check.

The author, Josh Woods, focuses his analysis on press coverage and comparisons to traditional golf and baseball, and concludes that it is “plausible that public interest in disc golf is less vulnerable to Covid-19 concerns and financial downturns than larger commercialized sports.”

Let’s add one to the checklist above. Not a large commercialized sport? Check.

LOOKING FOR A FACILITY? FIND ONE ON OUR MAP!

Increased press coverage in spring of 2020 and now a record endorsement in 2021. Two data points are not enough to draw a conclusion, but they suggest a positive trend line. Has track & field experienced anything similar? Perhaps, and in the coming weeks we’ll have an article comparing post-collegiate participation in track & field to other sports. But for our interests, participation rates and press coverage are inchoate measures: if there’s not more money in the sport at every level, particularly post-collegiate / professional, then there hasn’t been any worthwhile progress.

From what little we know about the sums involved in track & field and what $1 million could buy you in niche sports this week, we’re going to assume no.

Unashamedly open plea to track & field coaches: Be an eagle