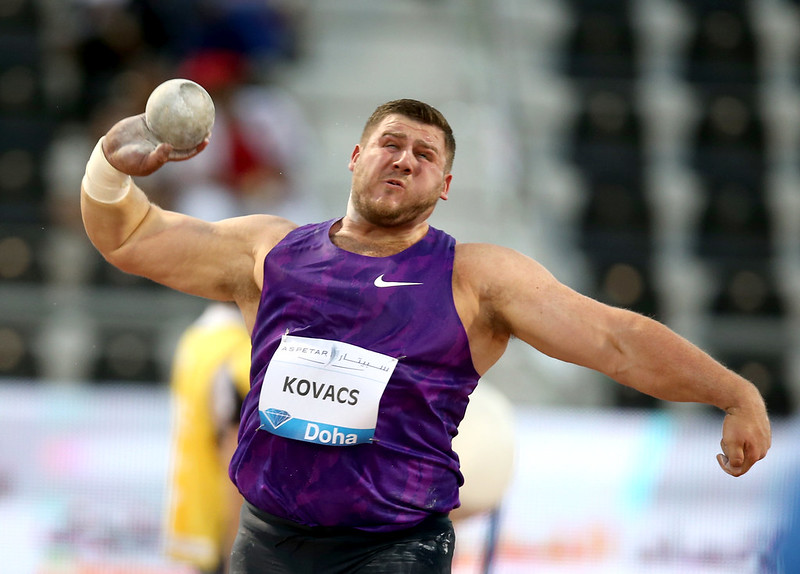 The Tokyo Olympics are the first Summer Games since sports betting became widely legal across the United States. With US sportsbooks offering lines on Olympic track & field, here’s a primer for track & field fans who may not be familiar with how the whole thing works.

For as long as we can remember, one of the more facile proposals to revitalize track & field has been to introduce gambling. We can debate carts and horses some other time. Since track & field fans are often a bit out of step with the sports world at large, we figured we’d do a track & field-centric intro to sports betting for anyone looking to take some action for the first time.

At this point, there’s probably some legalese we should include, so nothing here is meant to be an endorsement, encouragement or anything other than providing definitions, examples and contexts. And, as they say, when the fun stops, stop (with gambling - the fun should never stop when reading this site).

Looking at FanDuel and a few other sportsbooks, all of the available action on Olympic track & field are moneylines. With a moneyline bet in any sport, you’re simply picking the winner. There’s no covering the spread or anything like that. Of the 32 athletes in the first round or eight athletes who reach the final, you’re laying your money on who you think will win.

So why are some moneylines negative and the rest positive, with some going well into the thousands?

Going down the entry list, we see Team USA’s Quanesha Burks at +1800 and then several jumpers - including two-time Olympic medalist Caterine Ibraguen - at +10000. Those are your long shots, like Leicester City winning the league in 2015/16 or the Buffalo Sabres doing anything at all for the next decade. $100 on Ibarguen defending her gold at age 37, you’d win $10,000 if she pulled it off.

Over on the men’s side, Ryan Crouser is a -340 for the shot put gold. That’s a way of saying he is a heavy (pun intended?) favorite to do what he’s been doing the last year: winning, big and easily.

Since it’s a negative moneyline, things go in the other direction: to win $100, you’d have to wager $340. Instead of winning 2.5x your bet as you would with Reese, you’re winning less than one-third on Crouser.

Scrolling through FanDuel, there are a lot more negative lines on men’s track & field than women’s. That suggests there are few clear favorites on the women’s side, at least in the perspective of the odds makers.

Keep in mind that the odds are not static: when you place a wager, you lock in the line on your bet. But odds makers continually update their odds to reflect the action they’re seeing: if a lot of money moves onto one athlete, the book will adjust to reflect the shift in predictions (and to limit the payout - house always wins and all that).

You can build you own multi-athlete multi-event with a track & field parlay. A parlay is two or more bets where you have to win each individual bet in order to win the parlay. Obviously, the odds are pretty low of winning, dropping with each wager you add to the parlay. But, just as obviously, if you manage to win, you’ll win a lot more than you would with any of those single bets.

An enterprising sports book could offer parlay pentathlons or heptathlons (a parlay decathlon would just be silly, but hey, you’d be surprised what’s out there - see prop bets below), where instead of selecting events at random you pick the winner of the 5 or 7 individual standalone events that comprise the multis.

Betting the total points scored is a staple for team sports betting. The sportsbook gives their projection for how many points the two teams will combine for, and the player simply bets that the actual outcome will be more or less. Doesn’t matter who wins or by how much: you’re just choosing over or under that total.

Within athletics, the over-under would basically be a prop bet: will the winning height, distance or time be over or under the projection. If the oddsmakers say Crouser will win with a 22.60m throw and Katie Nageotte will win by clearing 4.90, you’d put your money on over or under.

Of course, that scenario actually builds two assumptions into the bet: that the athlete wins and their winning mark. A prop bet would be a good way of separating the two.

A prop bet is a bet on just about anything that could happen, other than what’s covered by the standard bets (i.e., moneyline, betting the spread or the total).

IF ONLY SHA’CARRI WAS HERE: SHA’CARRI RICHARDSON OWNED YOUTUBE AT OLY TRIALS

A prop bet for athletics could be how many combined fouls from Crouser and Joe Kovacs, how many total attempts Nageotte or Morgann LeLeux take, who is leading at the bell of the men’s 1500m, whether anyone in the 200m gets DQ’d for a false start in the final, whether any of the high jumpers will be DNS’d for a positive COVID test or what Gwen Berry will pull if she makes the podium.

Betting the spread: T&F’s not there yet, but we will be soon

When track & field data gets to where we’re taking it, we promise that betting the spread will be hot.

For athletics, let’s say DeAnna Price is the -1.75 favorite to win the women’s hammer. If you put a straight bet on her, her winning throw would need to be 1.75 meters longer than the second place finisher’s longest throw for you to collect. Otherwise, she didn’t cover the spread. If you put your money instead on Brooke Anderson, as long as her best throw wasn’t more than 1.75 meters less than Price’s, you’d win, including if Anderson out-threw Price.

Teaser: You mean that last heading wasn’t one?

Again, the confounding aspect of betting on track & field is that applying the normal wagers to this sport conflates two outcomes: the winner and the mark. What if Anderson covers the spread on Price, but neither win? You’d have to make sure your betting slip parsed those apart, and that the odds reflect it.

RELATED: WHAT T&F CAN LEARN FROM VILLAREAL’S EUROPA LEAGUE TITLE

In a way, that’s a bit like a teaser. A teaser is a way to soften some of the bets in a parlay. Teasers open the spread in both directions, making it easier for the player to win that bet and therefore up their chances of winning the parlays. Of course, that comes at the expense of the payout if you do win. For track & field, a teaser could allow for a partial payout on a parlay if an athlete covered the spread or won.

What do you still want to know? How else would you bet on athletics: any ideas for some tasty props or parlays worth watching?

Photo credit: Doha Stadium Plus Qatar / Flickr, under CC BY 2.0.

Will the COVID Olympics push track & field athletes to question if it's all worth it?