Will the COVID Olympics push track & field athletes to question if it's all worth it? 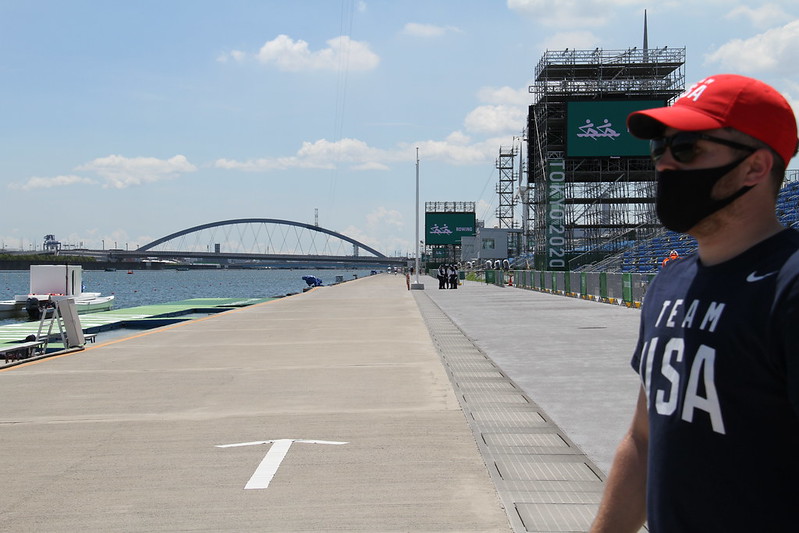 One question that’s long intrigued and motivated us is: What will it take for track & field athletes to realize that none of this is worth it? “This” being the whole Olympic-centric or, one step below, Team USA-centric career goals and hoop dreams.

The last few years have provided several what we thought would be last straws. Foremost among them, the 2019 Pan-Am Games team selection debacle. More than any other incident we’ve encountered in our 10 years in the sport (and our reachback to many earlier decades), that one fully captured the arbitrary, unprofessional, conspiracy-fertilizing way things often get done within the existing institutions of track & field. There was a group of athletes who did everything right and were awaiting their just reward, only to find out that, nope, actually, you didn’t do everything right because we quietly changed what was “right,” and these other people who might not even have been trying to do everything right are the ones who will get the reward they may or may not have been seeking.

But none of that was the most surprising or most important part. The most surprising and important part was the shrugged acceptance by the vast majority of athletes, including some of those who suffered a loss. Some of the athletes signed on to the filed grievance, but only after several rounds of cajoling. Others, though, didn’t want to “take” from the athletes who were selected; while others were afraid of rocking some boat.

And outside of those few, if the rest of the sport noticed, none really cared. Rule 40 will get a lot more hashtagging in a week this summer than the Pan-Am goat rodeo did, even though that latter decision’s ripple effects (including the maintenance of the status quo) wash over many more athletes.

If we were talking about British athletes, we could attribute these attitudes to having a stiff upper lip. But we’re not, but since we now are, let’s check in on the British.

On July 22, The Guardian spotlighted British steeplechaser Zak Seddon’s anger and frustration about the fact, conditions and consequences of being placed in isolation due to a contact trace.

While Seddon and other Team GB teammates were languishing in isolation, four Olympic athletes had already been sent home for asymptomatic positive COVID-19 tests.

Around the same time there were questions about whether some of Team USA’s top gymnasts would be able to compete because of contact tracing. While we were writing this, golfers John Rahm - who already had COVID and was fully vaccinated - and Bryson De Chambeau were excepted from Team USA.

MORE FROM OTHER SPORTS: TRACK & FIELD VS. DISC GOLF: WHAT WILL $1MM GET YOU?

And it won’t matter. Arbitrary rules will combine with random unpredictability to wipe out everything an athlete has worked for, the thing for which they forsook all else, the thing they thought they had secured in Eugene last month.

Track & field Paralympian Mikey Brannigan didn’t even have to fly to Tokyo to get undercut by arbitrary rules. His coach, who provides necessary - literally, necessary - companionship for Brannigan was denied travel funds by USOPC because of COVID restrictions. Visually and hearing impaired Team USA Paralympic swimmers are in a similar situation, and they’re just the ones we’ve heard about so far.

For those athletes for whom all goes well, they can look forward to a denuded experience. Part of the Olympic appeal is marching in the Opening Ceremonies. Sorry, Clayton. Part of the appeal is competing in front of a large, crowded stadium in sports that rarely have significant fan noise. Not this time around. Maybe it’s better Bolt is retired, at least for him. Part of the appeal is the multinational, er, relations that take place at the Olympic Village. Cardboard beds or not, not this year.

It’s a pantomime wrapped inside a craps shoot.

For the athletes who will get through everything and compete in Tokyo, we have little doubt they’ll say it was all worth it. But the ones who missed out on making the team in Tokyo - either before Trials, in Eugene or en route - and for those already putting #Paris2024 in their Insta bios and on their motivation wall, does all that above really seem worth it? From what you’ve seen, heard and read here and elsewhere, is this worth the cost, not just in what it takes to make Team USA but in what you’re willing to give up?

Put another way: is the opportunity cost an investment or a sacrifice?

“But what’s the alternative?” Exactly.

One of the negative impacts of the Olympics on the sport, specifically with respect to athletes’ ambitions, is that the Olympics crowd out anything else that comes within the athletes’ reach. The IOC doesn’t set out to destroy potential competitors and hamper the development of non-Olympic sporting endeavors. They don’t have to: the athletes preserve, protect and defend the monopoly for them.

Occasionally, a federation will try to quash competition, as FINA did with the International Swimming League. What angle did they take to try to keep the athletes in line? Playing the Olympic eligibility card.

In earlier ventures, I made offers to athletes that included new sponsor relationships and activations (new for track & field, not for the sports industry writ large), paid event participation and media exposure. These were all non-conflicting alternatives to what existed then, which, not coincidentally, is the same as what exists now. The responses were always the same: “No, because I don’t want to jeopardize my opportunities / potential relationships / chances / etc relevant to a future Olympic or other Team USA spot.”

Even after the various - for lack of a better phrase - screw jobs perpetrated by the sport, there was no anger, resentment or “[Forget] them, I will go for anything but that!” Just revving back up for more of the same.

The entities who control entry to the Olympics and Team USA have done more to stymie individual athletes’ ambitions than anything we could dream up ever could. The athletes who told me “no” because they wanted to do everything “right” could have continued doing everything “right” - athletically and otherwise - and then, “oh by the way we changed things and maybe screwed up and perhaps broke our own rules or just enforced ones you didn’t know about or did know about but were impossible to observe. Regardless, you’re off the team.”

But that doesn’t take the athletes off the hook. The alternatives have been there, are there and will be there. The huge swath of athletes who are a step or two below legitimate Olympic contender level - such as those who entered the week of Olympic Trials on the bubble between not qualified accepted and not qualified not accepted, or even those who didn’t make it out of prelims at Trials - are in the best position to say “Look at that. None of it is worth it. But you know what is, or might be? This other thing. I’m giving it a try.”

That recognition and decision is the alternative path. The standard paths are: 1) working hard for the opportunity to be at the whim of the current batch of institutions, 2) bailing out of the sport altogether.

When athletes leave the sport in their mid-20s, or after graduating college, or after a serious injury in college sets a ceiling on their career potential below what they would need to make the Olympics, the sport is broken. You’ve heard of failed states? These are the marks of a failed sport.

Successful sports are successful because they offer many different pathways and have athletes willing to take all of them. Track & field suffers because it has so few of the former, but it suffers more because it has even fewer of the latter.

Exit questions: If everything above isn’t enough, what would it take? What else would the institutions have to do to make it not worth it, or what else would an alternative need to offer to take the top spot amongst your ambitions? Let us know.

How to find a place to do long jump, shot put or any other field event