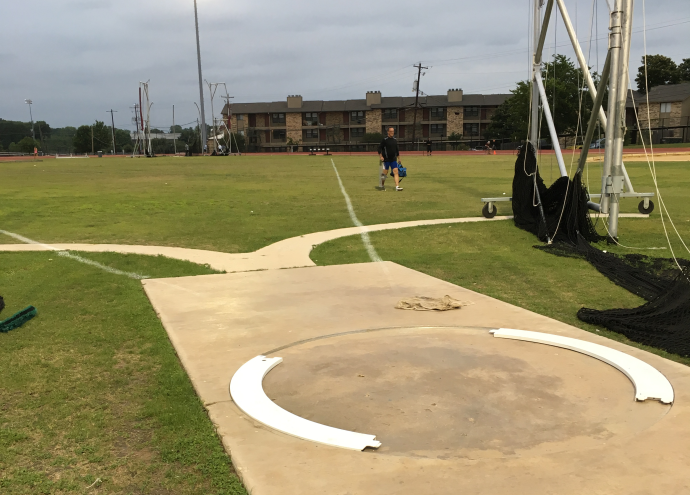 Track & field has at least 99 problems, but too many athletes is not one of them. NALathletics is here precisely to keep more athletes in the sport.

Track & field has always had a revitalizing effect on me: just when I think I was excusably jaded by what I’ve seen and experienced, something comes along to prove that I still have the capacity to be surprised. The people of track & field keep finding new ways to make me feel fresh and naïve.

This time around, I can thank one of the few people in the sport to have near-universal name recognition: Carl Lewis.

Speaking about the effects of the Olympic Games being delayed, Lewis galaxy-brained a silver lining:

“We have too many athletes in our sport. We’re not like a team sport with a set amount. Anyone who wants to run can run, and we have too many athletes and too few meets and too little money. People getting out of college try to hang on for a year to make the Olympic team and get somewhere, but it won’t be there for them. I think a lot of people will move on to their next phase of life, and unfortunately, that’s not a bad thing for our sport.”

The number one reason I got into coaching was to keep more runners in the sport after college so that more runners would be running competitively when they reached their physiological peak, thereby giving them their utmost athletic development and fulfillment, and giving the sport its highest level of competition. As I got deeper into the sport and recognized the marketing and financial potential of the non-running events, I realized that the graduation-induced attrition - and loss to the sport - among runners is nothing compared to the throwers and jumpers.

I’ve never heard anyone in any other sport complain that they have too many athletes, and that they need to cut down the numbers. Most sports spend lots of money doing the opposite: maintaining and recruiting more athletes.

We want every athlete to have a place in the sport if they want one, and we want them to want one.

Lewis takes a Malthusian view of the post-collegiate track & field world: every additional athlete is just another mouth to feed from a small, fixed amount of resources. He doesn’t see the athletes as producers of entertainment, inspiration and community - the outcomes of sport; nor does he see them as the customers of services that he - a coach - provides. They’re just there taking up time, space, lanes and what little money there is.

When I first started in the sport, a cadre of banal loudmouths were always going off about getting a bigger slice of the pie. I briefly suggested growing the pie, but I realized those days were over for the sports industry. Successful sports properties of all sizes are not growing their pie, they are building kitchens. They are creating the infrastructure so anyone can come in and bake pies, cakes, cookies, scones, tarts, tortes and quiches of endless - and, lately, on-demand made-to-order - variety.

NALathletics will be a kitchen. We want every athlete to have a place in the sport if they want one, and we want them to want one. And if they can’t find what they want, we want them to be able to create it.

Nearly every other sport offers a continuous range of competitive opportunities from professional down to weekend beer league. Those sports also offer the full spectrum of business operations so no matter what you want to do as a non-sporting profession, you can do it in the sport if you so desire.

We’re working towards that pyramid for the athletes, and that sprawling openness on the business side.

Carl Lewis had two-thirds of his diagnosis right: not enough competitive opportunities, not enough money. That’s where we have focused our efforts from day one, on both the coaching and business lines of the sport.

The remaining one-third was the most wrong thing we read all month. If he’s successful in keeping you or someone you know out of track & field, that works for us. We have a place for you in athletics.

What's the AirBnB of athletics, and who needs it?