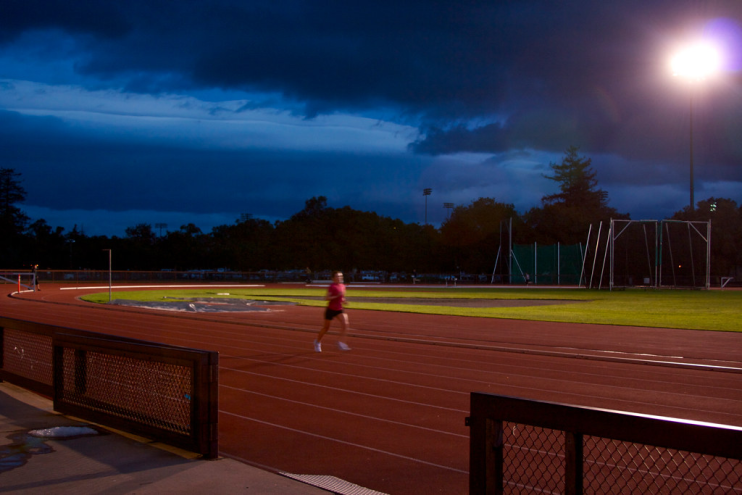 Collegiate sports programs who secured endowments while times were good have a survival advantage as budget cuts ravage athletics departments.

Stanford University had only two revenue generating sports, and they just cut one of them. While the Cardinal’s football program net $13,991,971 on $44 million of revenue in the 2018/19 school year, squash added a modest $60,819 to the coffers. That was not enough for them to avoid the axe taken to many of the Tree’s branches last week.

Even with football, Stanford’s athletics department operates at a loss. The leaves fell off the money Tree to the tune of $22,157,627 in 2018/19. Take football out of the revenue stream, and the remaining 21 sports left the department $36 million in the red.

Basketball and the combined cross country / track & field programs lost $4,218,613 and $3,593,765, respectively, in 2018/19. Their combined losses are only about $800,000 more than the total losses of the 11 cut programs. Women’s basketball lost about 10 times that of men’s basketball, a program that in many schools is considered “revenue generating.” At least in XC/TF, there’s a bit more financial parity: the men ran, jumped and threw a $1.6 million deficit, while the women lost just under $2 million.

Stanford University has won the most NCAA Division I Championships in history. The decision to cut these 11 programs is probably not based on performance: a school cannot accumulate 116 national championships without distributing them equally across all sports. Stanford has won team titles in 20 different sports, and has either team or individual titles in four of the eight affected sports. And, as the school said in their announcement of the cuts, these programs produced 27 Olympic medals from students and alumni.

So, if not the raw finances and performance, what could have shaped the decision to prune these 11 particular programs, while leaving less costly and comparably successful programs in place?

Of the 11 programs that were cut, only one - men’s rowing - had an endowed coaching position. Of the 23 survivors, 18 have at least one endowed coach. Gymnastics is now the Cardinal’s only remaining non-endowed men’s sport.

The two biggest financial drains on the department, basketball and XC/TF, both have endowed coaches. The men’s and women’s basketball teams have separate endowments for each of their head coaches and associate coaches, and the combined men’s and women’s cross country / track & field have an endowed directorship.

Stanford’s non-endowed and endowed women’s sports programs lost about the same amount of money in 2018/19. Those with named coaching positions ran a loss of $12,045,675, while the non-endowed female sports lost just under $12 million.

On the men’s side, though, the non-endowed programs cost $2,995,017. Excluding the highly distorting football program, the men’s programs with endowments sapped the Tree to the tune of $8,946,349.

Stanford retained programs that lost four times as much as those they eliminated. Perhaps Stanford wasn't on the hook for those sports' deficits the way they were the lesser ones.

Of the two Ivy League schools that have culled their athletics department, one showed a similar if less dramatic pattern, while the other had an external expense to consider. 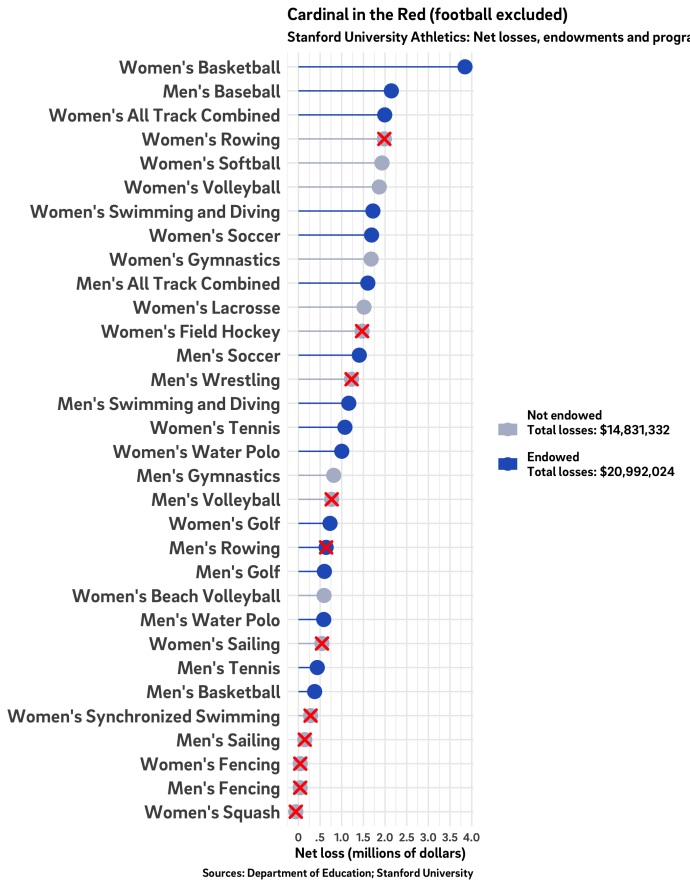 “There’s a misnomer out there that Stanford is swimming in cash. We have enough money to do the things we need to do, but we are constantly taking money from donors who are willing to help in any way they can… to be able to offset [salaries] through gifts and not have the university bear all that on its own, to free up money for some other things, that’s huge.”

About two years after that article, someone in a position to do so started advising college track & field coaches to get their programs endowed. He didn’t need to imagine anything as bizarre the COVID-19 response to know that, eventually, under some set of circumstances, The Day would come. His advice to the coaches was that an endowment might be more than a safety net and a revenue source, but a matter of survival - perhaps the determining factor.

Endowment window shut down when the economy did

To our knowledge, the only endowed track & field program to be cut was Brown University’s, and that bear wasn’t dead, just in an induced hibernation.

Clayton Murphy, who is the most vocal member of University of Akron’s cross-country alumni pushing for private funding of the school’s recently discontinued program, said Akron’s athletic department is passing up the chance to say “We made a mistake. We can privately fund these programs. We can keep the athletes here.” According to Murphy, “Everyone would understand if you can privately fund a program, it doesn’t deserve to be cut in the first place.”

Some people did understand that, 4-5 years ago, when he was a student-athlete at Akron.

While Murphy is criticizing the university’s lack of transparency around their program cuts, he should be zipping around Akron’s athletics department to see if the XC/TF program got the proverbial memo about endowments, and if they chose to ignore it.

We obviously don’t know and may never know how Stanford University decided to end these 11 programs. The usual low-hanging fruits on the Tree - money, performance and Title IX - don’t lend themselves to any obvious conclusions, and all those factors certainly affected the outcome.

But while titles and net expenses show no obvious correlation to the decisions, the endowments do. Having an endowment was not enough to save Stanford men’s rowing, but it may have made the difference for water polo, swimming & diving, golf, soccer, tennis and track & field.

Where to jump, throw and run: 3-word addresses for athletics