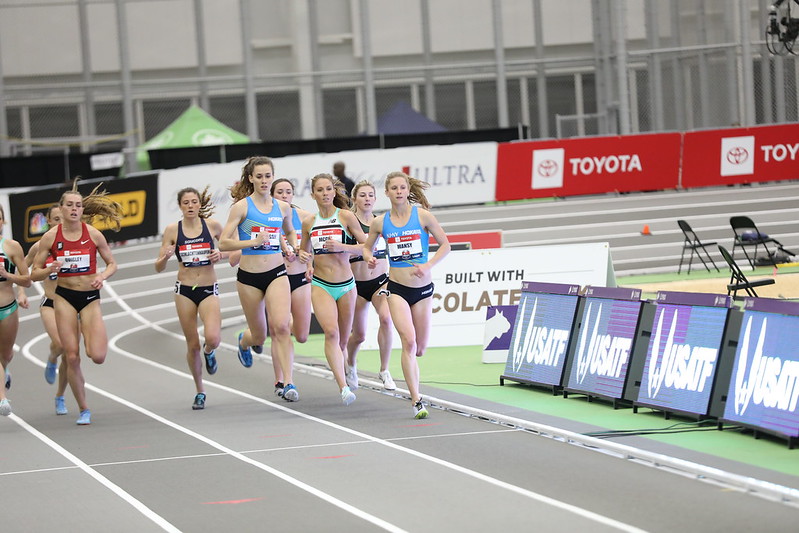 USATF attributed the decision to “statewide restrictions in New Mexico and other logistical challenges for the event [that] are too severe to overcome.” New Mexico’s statewide restrictions are, in fact, among the most onerous and irrational in the country: high school cross country athletes were required to wear face masks while competing in the fall. At 5,000 feet of altitude.

Other states, though, including a state adjacent to New Mexico, have a more reality-centered approach to sports, even indoor sports… even indoor track & field. At least two universities in Texas are hosting indoor meets; and, just on the other side of the Lone Star State, LSU and the University of Arkansas are, too. In fact, Arkansas is hosting non-collegiate meets, which will feature many of the athletes who were planning or hoping to compete at USA Indoors.

SECOND IN A SERIES? USATF BRUSHES OFF ATHLETES, PUNTS ON TEAM USA FOR WORLD HALF-MARATHON CHAMPS

To the extent USATF cares about being openly accountable to its membership, and that the membership care about holding it to being so, the governing body owes an explanation on what “logistical challenges” prevented them from holding the championship meet at Texas A & M, University of Arkansas, Texas Tech (OK, we can understand now wanting to do anything in Lubbock), LSU, Iowa State or Vanderbilt (Nashville, FFS!), among whatever other states and universities are already allowing and going ahead with indoor track & field and other indoor sports.

As is always the case with track & field, it’s barely worth pointing out that other sports have figured out how to do this (“Track & field is different,” they’ve been saying for years). Other sports have moved events, relocated home games and even home training bases, established “bubbles,” and, in general, simply figured out how to get it done. If USATF wants to take the unprecedented step of showing enough intellectual curiosity to learn from other sports, they can step aside their backdoor in two months, when the entire NCAA tournament - all of March Madness - will be played in USATF’s backyard in Indianapolis. Indoors, too.

Those sports properties are accountable to their athletes, fans, sponsors and basic mission. They developed ways to put on competitive events because, as institutions, they either wanted to or recognized they had to. USATF lacks either the motivation, the incentive or both.

Remember that the next time an athlete or someone else clamors for USATF to creep beyond their limited mandate.

MORE: NCAA T&F SPENDING AND SUCCESS: CAN WE BUY A POINT? (DATA VIZ)

Over the last week, several Division I schools have announced their indoor track & field schedules and the associated protocols. Since it’s been about a month since the last conference cancelled their indoor championship meet, it’s looking more likely than it has been that NCAA Indoor Track & Field National Championships will take place. That is as it should be - the NCAA puts the most money into track & field, they have the most motivation to get something out of it, or at least do something with the money they spend. And, as noted, a post-collegiate meet will take place soon, as well.

Hopefully everyone involved in and affected by this decision will acknowledge the difficult task USATF has assumed for itself: making us hold up the NCAA and T&F agents as the resourceful, determined good guys.