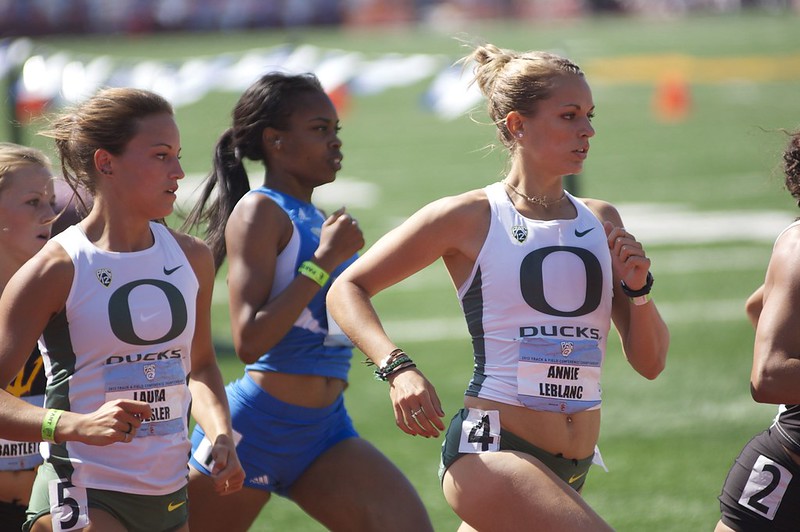 Among the least likely and least on-message of the wide-ranging demands of a group of Pac-12 football players was section IV.A.1: “Distribute 50% of each sport’s total conference revenue evenly among athletes in their respective sports.”

As Clay Travis quickly noted, this policy, if implemented, would be illegal under Title IX because it would immediately advantage a group of male athletes - football players - with no equivalent among female athletes. It would also lead to a major Title IX-induced crisis as those schools would no longer be able to support most of their other sports - including many women’s sports - since football subsidizes the rest of collegiate athletics.

Still, practicality and good financial sense has never driven college students’ demands any more than they have college administrators’ priorities. And if we’re talking about impractical demands, poor financial decisions and the absurdity of collegiate athletics’ financial structure, we have all we need for another angle to look at collegiate track & field spending.

The Players of the Pac-12’s demands specify they want the conference’s revenue to be redistributed, not the schools’ (at least not yet). John Wilner of The Mercury News reports the Pac-12’s football revenue is about $450 million, derived from media rights and the College Football Playoff.

Per the Department of Education’s Equity in Athletics data, the Pac-12’s schools themselves brought in $595 million in 2018/19 against $352.8 million in expenses.

That leaves $242.8 million to cover the rest of schools’ sports programs.

Our previous blogs have pointed out that college football and track & field are at opposite ends of the ledger: the former is the biggest (only) revenue generator, the latter is (often, usually) the biggest financial loser. College track & field loses - not just spends, but loses - millions at the individual school level and hundreds of millions at the nationwide level each year.

Eight of the Pac-12’s athletics departments (and there actually are 12 schools in the Pac-12) were in the black for the 2018/19 school year. University of Washington and the University of Oregon came out the furthest ahead with operating balances of $21.8 million and $19.5 million, respectively. At the other end, UCLA and Stanford - who recently cut many of their non-endowed sports programs - lost $26.2 million and $22.2 million, respectively.

Take away half of football’s revenues and all 12 schools are in the red.

Again, this is not what the players are demanding. They’re talking conference revenue and we’re talking school revenue, but the fact is the same: at both levels, football supports the rest.

Oregon State has the only track & field program in the Pac-12 not to lose money: it breaks even. Zero net anything. 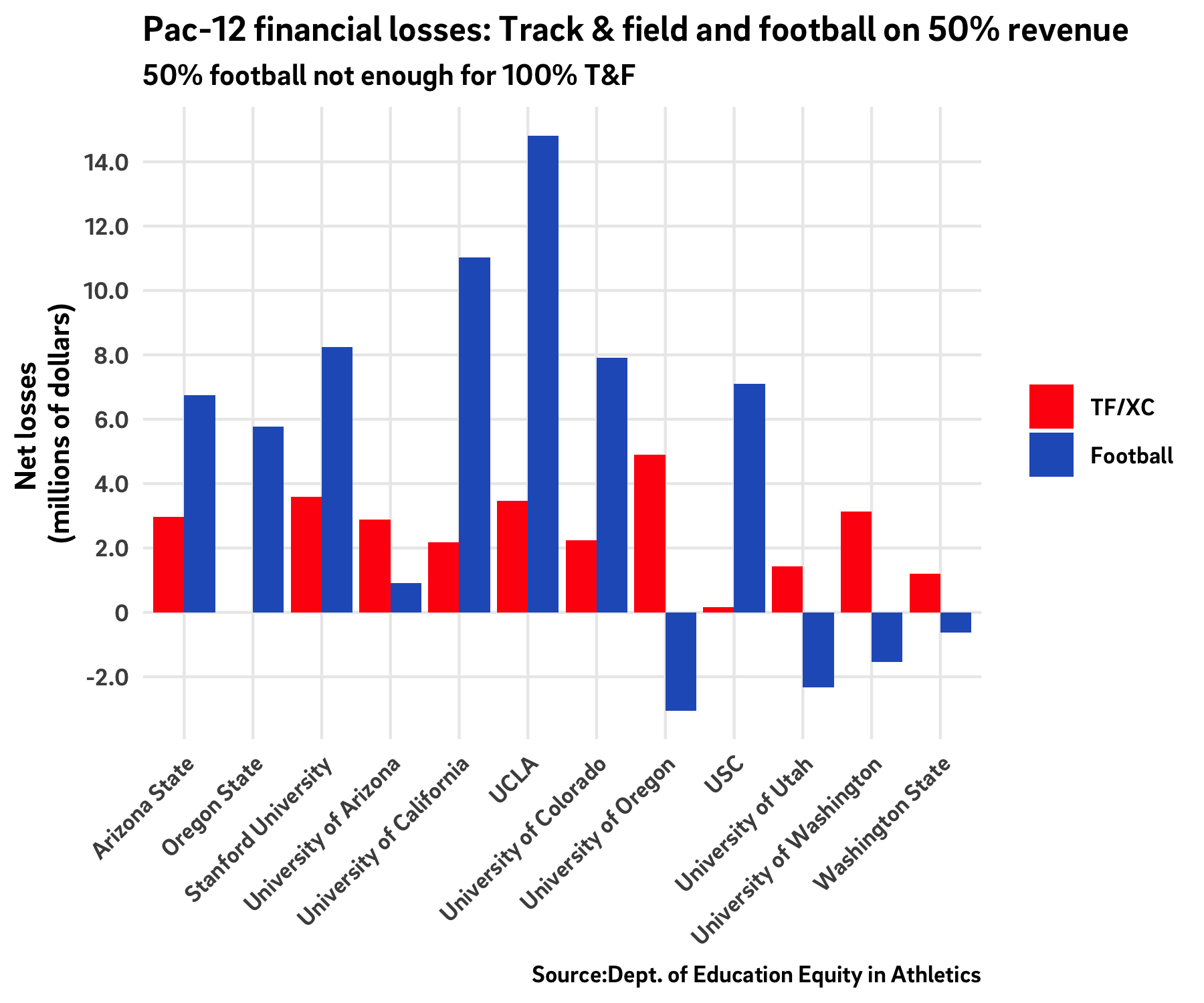 Only one school, therefore, could support track & field on half of football’s net revenue. Go Utes. That would leave them with enough to support just two other teams at the current balances: golf and beach volleyball. Yes, University of Utah apparently has a beach volleyball team.

As for the other eight, for as much as track & field loses each year, football would lose even more were they to forego 50% of their revenue.

If a school or conference were to look at these numbers and decide they would rather keep more programs than more student-athletes, the smart thing to do then would be to cut their most expensive programs. At six Pac-12 schools, track & field is the biggest financial drain. It’s the second-most expensive at three others. Cutting one very expensive sport could preserve several less financially leaky programs. Administrators might be particularly attracted to this option if the track & field program was not endowed.

Football needs more than half of its current revenue just to keep itself afloat, but college sports have piled a greater responsibility on football than its own survival. Football keeps the other sports going, and no collegiate sport needs football as much as track & field.

Pac-12 track & field athletes might want to have a talk with their vocally demanding classmates. Then again, maybe those other sports are better off with the football players not knowing where the football money is going.