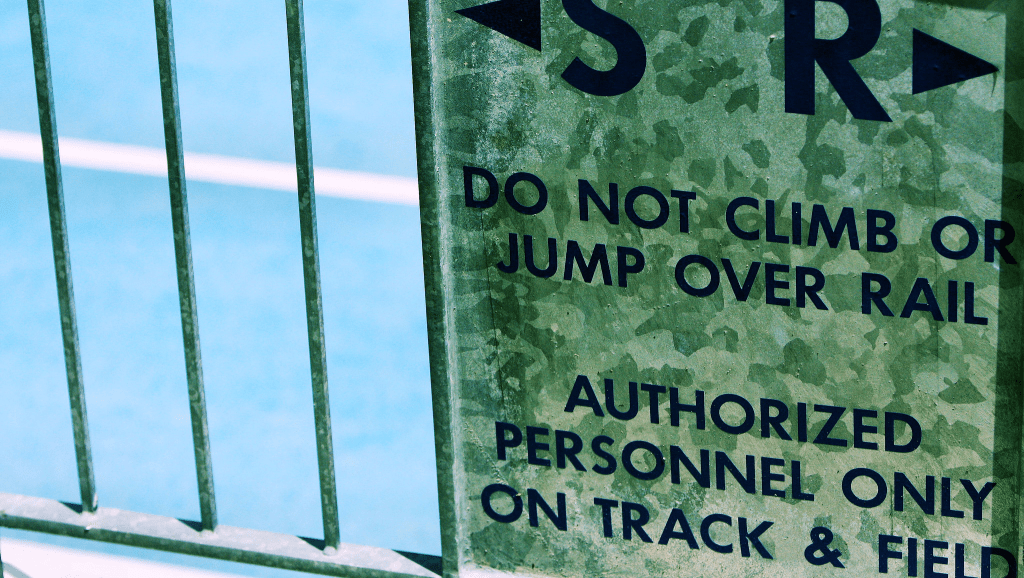 Track & field is used to not having fans, so the Blue Oval Showcase was not too jarring to the athletes. But the sport is not used to athletes like Ryan Crouser, who shows that a track & field athlete can do more and better than one thing once.

Last week, we asked where are the pop-up mini-meets for throwers and jumpers. The Blue Oval Showcase was neither a pop-up or a mini-meet, but it at least gave us a few things to talk about in the field events.

1. How to win in any competitive format: Be like Ryan Crouser

Ryan Crouser’s shot put series was a masterclass in the event. Different sites list the historic aspect of his throws, but we’ll keep it in the context of last week’s post about the Stockholm Diamond League long jump.

Crouser showed a level of consistency that is rare among any thrower. He not only had no fouls, but all six throws were within .45 meters and .4% of each other, and within .7 meters of his personal best.

Crouser is the complete package of a thrower, and is no more than a world record away from being the greatest shot putter ever.

Like any other GOAT, there are only so many lessons we can apply from him to others. A soccer coach can’t point at Lionel Messi than tell his team “Do what he does!” But he can say “Be more like him, in the way and extent you can.”

Crouser brings more to the circle and more to a meet than the “one shot, one kill” ability and mentality of so many track & field athletes. In his attempt to make one historically long put, he made six. His consistency in the circle enabled his pursuit of a personal best or world record, which in turn resulted in one of the greatest series of all time. And he had the desire to do it: he could have started passing at any point after his first throw, as even after one flight he was the prohibitive winner.

The Blue Oval Showcase was presented behind closed doors. This was a purely elective decision by the meet organizers and hosts, as Iowa has been one of the most rational states in their coronavirus response. Over the summer, Iowa high school baseball was one of the very few sports still playing its regular schedule. They even did so in front of fans. The Iowa High School Athletics Association allowed 1,800 fans at each game, which led to over 29,000 fans attending the championship weekend earlier this month. That made it the most-attended tournament since 2014, and it was complemented by 17,000 fans at the state softball tournament.

Most likely, keeping fans out simplified the logistics and lowered the costs (e.g., insurance, sanitation) for the meet organizers.

But track & field struggles enough to get fans in the door without locking the door on one of the few opportunities fans had to see live elite track & field this season.

Establishment track & fieldsters always say that fan engagement and attendance in the sport is fine, just fine, and it was only last weekend that elite long jumpers said their event, at least, was not broken and therefore does not need any modifications in an attempt to appease or attract fans.

We can conclude, then, that the insiders would have expected fans to show up at Drake Stadium had they been given the chance.

We normally disagree with all of those statements. But American sports fans are so starved for live sports now, we can imagine some non-track fans showing up simply because they’d want to be in any stadium to watch any live sport. But they could only do that for a sport that exists for the fans.

Track & field stayed constant through these upside-down times by existing only for the athletes, with the fans an afterthought, if that.

3. What if there had been fans?

Clay Travis and Jason Whitlock asked a pertinent question about the NBA and MLB players’ refusal to play their games last week: what would have happened if there had been fans in the arena? How would the whole thing have gone down in the moment and in the fallout if 20,000 fans who had already paid for tickets, parking and concessions were told, nope, go home, the game is off?

Playing our usual game of “how would this work in track & field” and having fresh in our mind the long jumpers’ plaint that the sport is “not broken,” we started thinking if anything at the Blue Oval Showcase would have gone differently in the presence of fans.

A single jump after three passes won the women’s pole vault. The vaulter then attempted two more heights with no competition. A final-flight jump in the women’s long jump was either a complete miscue (but still not a foul) or a check-the-box “run through” jump.

Had there been fans, is this what the fans would have paid for?

The “not broken” system of track & field does nothing to incentivize athletes to produce value for the fans. Part of what made Ryan Crouser’s series so remarkable is not that he did it in front of no fans - it’s that he did it at all. The sport - the competitive format, what it takes to win - does not require any athlete to give the fans what they come to see: jumping, throwing and running. Yes, there is strategy and gamesmanship in deciding whether to pass a height or flight, but that’s not the sort of strategy that rivets fans’ attention and brings them to their feet. But no track & field coach or athlete is called a tactical genius for their decisions not to do things, even if less sometimes is more.

This is not a knock on the athletes. They are playing the sport as it is.

But no one talks about that time they watched a star pass on a succession of height: “And then, just when I thought he was gonna go for it… he passed again!” “OMG and you were there for it?!”

Having seen plenty of perfunctory, pro forma pantomimes and “tactical” demurrals at well-attended meets over the years, we know what the athletes would have done had there been fans: the same as they would do in front of an audience.

And that’s what we’re being told is “not broken.”

Photo credit: Modified from Phil Roeder / Flickr, under CC BY 2.0.