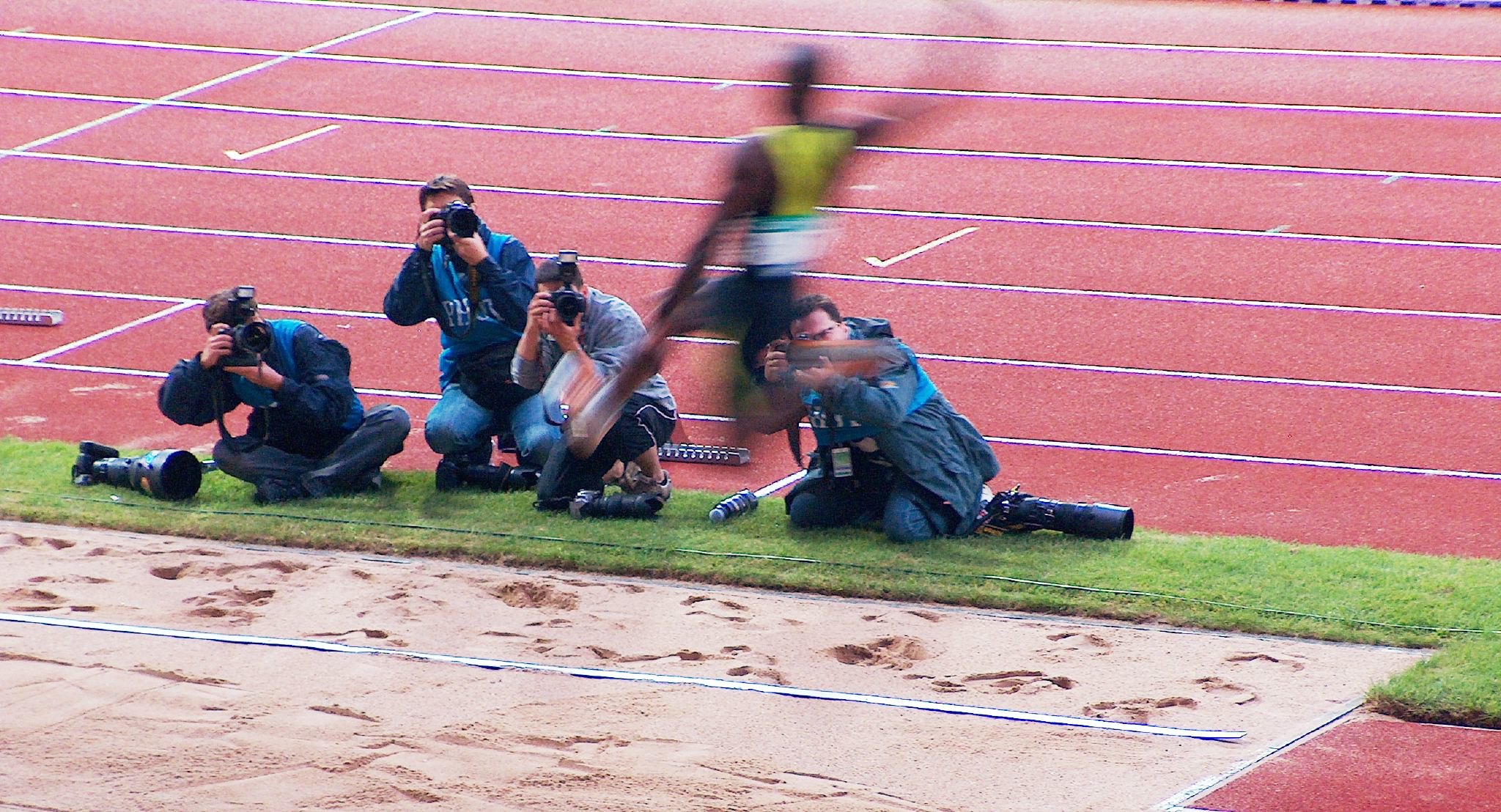 Track & field athletes, agents, coaches, brand managers, fans... everyone in track & field, particularly long jumpers, would do well to spend some time watching other sports and seeing how things are done.

Track & field is one of the most insular, parochial communities in the sports & entertainment world. Whereas someone who works in minor league baseball today will be at a marketing agency handling a PGA account next year and will be at the National Hockey League three years after that, people who work on the business side of track & field bunker there for life. They don’t even venture out for a few days at a time: at dozens of conferences in sports media, sports marketing, marketing and sponsorship writ large, plus Meetups, pitch nights and other events over the years, I was - with only one exception - the only person from track & field or athletics in attendance.

We see the consequences of this in the sport’s marketing, sponsorships, revenue, attendance… all of it.

We also see it in how the athletes react to the occasional one-off changes in the presentation of their events.

The reaction of the elite long jump community, led by the competitors from the meet, to the Stockholm Diamond League long jump shows how little awareness and knowledge these athletes have of any other sport. Reading their comments on Twitter and in interviews makes me wonder if they have any idea of how matches unfold in major sports life golf, tennis, soccer, American football and hockey.

In each of those sports, what an individual or team needs to do to win may change over the course of a single game, match or tournament. Even in the individual sports, elements of excellence that mirror the definition of victory may not be enough to secure the victory.

And, in each of those sports, the definition and process of victory has changed over the years. What would have won in 1990 or 2000 will not win in 2020, and that was even before many leagues took the “opportunity” presented by the coronavirus-induced shutdown to experiment with new formats and ideas.

Let’s do what track & field people rarely do and take a look at some other sports.

1. Golf: Being the best first means being at least average at halfway

The winner of the golf tournament is the player with the lowest total number of shots at the end of the day on Sunday, the fourth day of competition.

But to reach the fourth day of the competition, you need to make the cut on Friday. Only those golfers who achieve a certain score or reach a certain place on the leaderboard after the first two days advance to the final days. This is not much different from the usual cut after the first three flights of a long jump.

It’s also not that different from the format at the Stockholm Diamond League. One of the most common complaints from the long jumpers - including the winner of the event! - is that the person with the longest jump of the day didn’t win the meet. The longest jumps of the day happened in the second and third rounds. In the final “winner takes all round,” the longest jump was .04 meters shorter than those earlier ones.

This is analogous to a golfer shooting the lowest round of the weekend on Friday, but because he played so poorly on Thursday, he didn’t make the cut. His Friday round stands as the lowest of the tournament, even though he didn’t play - let alone win - the full tournament.

RELATED: DO LONG JUMPERS HAVE A LEG TO COMPLAIN ON? WHERE ARE ALL THE POP-UP MINI-MEETS FOR FIELD EVENTS?

Similarly, the winner of the tournament may not have had the best round or even a top-five round over any of the four days. She may not have had the most birdies in the tournament, and maybe not made an eagle. But that average-if-never-great level of consistency is enough for her to win, even if - perhaps - another golfer had more birdies and a hole-in-one, but a corresponding number of bogeys.

And if, at the end of four rounds, multiple golfers have the same four-day score, they then play as many one-hole playoffs as necessary to determine a winner. Everything that happened before is completely irrelevant to determining who wins. A player who didn’t shoot a single bogey in the first four days or who had the best round on three of the four days could hit his first bogey on the first playoff hole and, just like that, finish second. All of his stats and achievements from Thursday morning to Friday late afternoon are rendered meaningless in under 10 minutes.

Tennis is all about winning by two, until it’s not.

Individual games, at least, always have to be won by two points. Tennis simply decides to give up with numbers after “40” and switches over to the deuce-advantage system.

Unless it’s the tiebreaker game, which in itself is an exception. A player wins a set by being the first to reach six games by a two-game margin. If the set goes to 6-5, then if the player in the lead wins, the set finishes 7-5. But if the set goes to 6-6, a tiebreaker game determines the winner of the set. The tiebreaker does away with the 15-30-40 convention and actually counts points like a normal person. The winner is the first player to have at least seven points and a two-point margin over the opponent. The winning score could be 7-0 or 18-16 or 20-18. Or 90-88, as happened in a 2013 Futures tournament. That’s 178 points for a single game.

But even that is too straightforward for tennis’ most important tournaments. At Wimbledon - and at two of the other Grand Slams until recent years - the decisive third or fifth set for women and men, respectively, cannot end in a tiebreaker. The “win by two games” rule stays in place if the match goes its full length.

As a result, you can have first-round matches where the fifth set has 138 games, as was the case when John Isner defeated Nicholas Mahut at Wimbledon in 2010. That match finished two days after it started. If only Wimbledon had lighting on the courts, they may have played for 11 straight hours. You can also have finals that finish 16-14, instead of the usual 6-X or maybe 7-5. But certainly never 7-6.

Like golf’s Friday cut and like the Stockholm Diamond League long jump, tennis’ tiebreakers and final sets relegate everything that came before to memories and statistics.

The player who won the most points or the most games doesn’t always win a tennis match, and once the set goes to a tiebreaker or the decisive set reaches 6-6, the only thing that determines the outcome is the game you’re on. Strategy changes, tactics change, the mental approach changes. The strengths that enabled a player to reach the final round or to play deep into a set may now be liabilities in those advanced stages of competition.

And it’s because of matches like Isner-Mahut and Federer-Roddick that some tournaments have changed their rules to allow the final set to end in a tiebreaker.

The sport changed. The rules changed. How players win, and therefore how players train and compete to win, changed. They changed from one year to the next, just as they may change within the course of a day’s work. It happens all the time in other sports.