Track & field needs to make its peace with making money 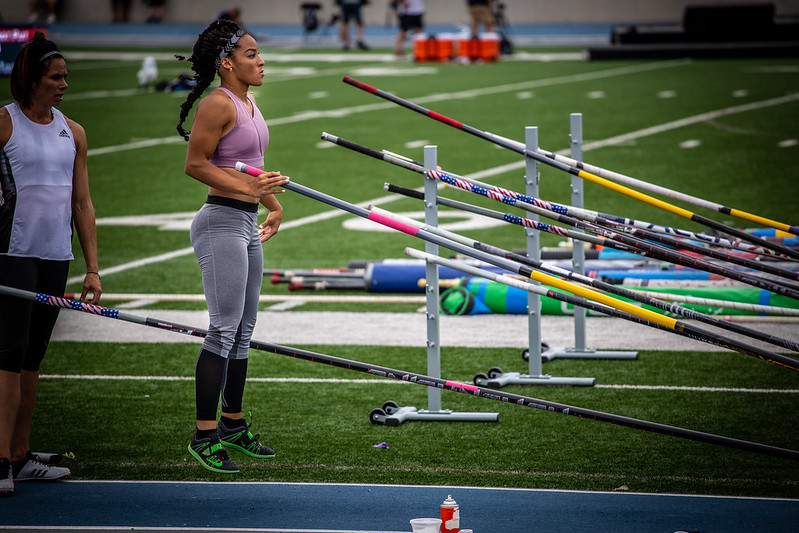 Track & field has no problem getting money. All they have to do is ask for it. Making money? Now that's a different story altogether.

Within days, if not hours, of a Division I collegiate track & field program getting cut, alumni mobilize their PR and fundraising efforts to show the administration that the program’s alumni Will. Not. Stand for it. What Clayton Murphy did by himself at University of Akron in the spring is now a pop-up industry with consultants and rapidly-filed non-profit organizations.

Their financial arguments reduce to two: 1) “We looked at the numbers, and track & field doesn’t actually cost as much as you claim it does;” 2) “We’ve raised the money from our alumni so it won’t cost you anything, at least for a year or two.” They enhance those with non-economic arguments that resonate much more powerfully with college administrators.

Put another way, they say: Track & field doesn’t cost that much, but even if it did we have the donations to cover it, and you know, it’s not about the money anyway.

And that’s track & field: not about the money until they desperately need money.

Absent from any post-cut conversation is the same thing absent from the financial model on the post-collegiate side of the sport: how much money the sport makes, or, if properly managed, could make.

The largest and most numerous streams of money that come into the sport are not commmercial. They are tax-deductible donations, which pass through foundations and other non-profits en route to athletes or clubs in the way of grants.

People in the sport do not make a living from it. They live off of gifts to it. Largesse. Charity, truly. Indeed, the ideas of investing money in track & field and making money from track & field remain as profane as they were during the era of the enforced Olympic ideal of amateurism.

The amounts donated to the sport by people who have shown an immense capacity to make money in other areas of life (they’re not taking out second mortgages to make six- and seven-figure donations - and even if they were, that would be a hell of a house to clear those sums on a second mortgage) suggest a few things.

First, they don’t believe track & field can ever make money the way their other businesses and investments did. They have no hope that track & field will ever become a truly professional sport, so they let it remain as it is, which is all it ever will be.

Second, the culture of the sport runs so deep that they can’t even imagine the possibility that they or some other entrepreneur could ever make money on it. It’s not that they are opposed to such a possibility - it’s just literally beyond their imagination, like thinking back in the 80s that we someday could have a thing in our pockets that connects us to every book, video, song and random thought people have expressed throughout history, while ostensibly being a phone. The fact that no one has ever presented them with a money-making alternative would reinforce this perspective, if they even made their way to this dog that never barks.

Last (for our purposes), and this is the one I don’t want to believe but have not been able to shake for nearly a decade: they like it this way. Businesses are competitive. You win, you lose, and sometimes you can go from one to the other in the blink of an eye. Sometimes you lose it all. Track & field as a philanthropic endeavor is insulated from competition, so their role is protected. If track & field ever started making money, what then for them? If they wanted the same access and prestige, they’d have to get in the game and take the risks and put out the effort attendant to any competitive endeavor, athletic or commercial. This way, it’s all upside - guaranteed warm-and-fuzzy returns, no surprises, adversaries or chance of loss.

It’s literally patronzing, in the original, Borgia- and Medici-inspired meaning of the word “patron.”

That level of security comes at the expense of the sport’s security, including the athletes’. Track & field never makes the money it needs for an independent, thriving existence because philanthropy permits inertia. Because track & field doesn’t make money, it’s always looking for and lurching between back-up arguments for why it should continue to exist, as college programs are doing now. The sport can never be secure because it is not earning its money through performance, commercial engagement and all those other commercial aspects. Track & field has to hope that someone always has something left over after all the real stuff is taken care of.

Even at the smaller dollar level of the young alumni contributing to the fundraising efforts, the first two ideas above still apply. To the younger crowd, track & field is GoFundMe, not Kickstarter.

Think about what could emerge within track & field if the amount of money raised for one recently-cut track & field program or one year’s worth of one foundation’s revenue or grants were invested in a true commercial venture, if the people who donate money to track & field invested it with the same acumen and purpose that they had when they made the money they now have to give. What opportunities could arise for post-collegiate track & field athletes if they were in a situation where they could make money, rather than clamor for a slice of a fixed pie? How untouchable would development programs be if they paid their own way and never had to select from a list of backup arguments to justify their existence to some other institution controlling the one essential to survival?

If that taxes your imagination, do what we do: look at what other sports have done.

PSEUDO-UPDATE: Literally as we were preparing this for publication, the College of William & Mary announced they are restoring all cut programs. The school will have a fundraising plan by February 1. Amazing.