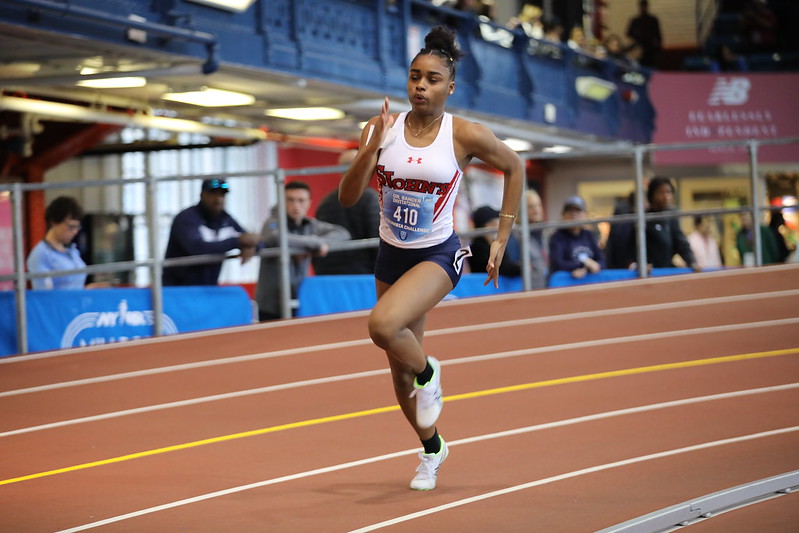 Three Division I conferences have cancelled their indoor track & field championships. They - and others - will be watching closely to see who notices and who cares.

The MAAC cited the reasons we assumed for the Big East’s decision: the schedule congestion between the rescheduled NCAA cross country and indoor track & field championships, the ability to postpone swimming & diving without impacting any other schedules and the overlapping opportunities between cross country and outdoor track & field for those T&F athletes who would otherwise be competing an indoor season and championship.

Between these three conferences, 23 Division I teams - mostly in the northeast - will go without indoor track & field.

From the NCAA’s perspective, if they are going to lose three conferences, let them be these: only a handful of athletes from the Ivies, Big East and MAAC compete at the NCAA indoor T&F national championships. All three are more prominent at cross country and outdoor T&F championships.

From the political and logistical perspectives, if you were to predict which conferences would cancel their indoor T&F seasons, these are three of the most likely. Their member schools are concentrated in states that have indulged in some of the greatest excesses in their coronavirus response: New York, New Jersey, Massachusetts, to name a few. The daily shifting of how many people from where are allowed to do what under which circumstances make planning a weekly practice schedule for one team difficult, let alone coordinating meets and travel within and between states. Considering how little money and attention track & field - particularly the indoor variety - generates, the schools and conferences can justifiably say it’s not worth the effort and aggravation.

States like California and Michigan are about as reasonable in their coronavirus response as the northeastern states, but track & field has a bigger constituency there and those states host conferences with greater pull and concern for their reputation. After the football fiascoes in the fall, the Pac-12 and Big 10 will think twice before cancelling any seasons, and there will be downward pressure from the NCAA for their marquee conferences to not back out on any championships.

Just about every industry is wondering what the “new normal” will look like (my ideal future includes a ban on the phrase “new normal,” but alas). Everything that is happening now, including changes in the scheduling and presentation of sports, is a test run for a possible “new normal.” Three Division I conferences (for now) and their constituent schools will be able to judge for themselves and report to their peers what life is like without indoor track & field. If it’s a workable substitute or even an improvement on the old normal, why wouldn’t it become the new normal?

Track & field has done and is doing little to justify its continued existence at all levels. The coronavirus-induced shutdown has called the sport to account for itself. It’s not going well. Sport and society have quietly accepted and grown accustomed to things that would have been unthinkable, would have been repugnant and sharply opposed, one year ago today.

Indoor track & field may end up fighting a rearguard action for its place in the new normal. Or it may much belatedly realize the battle passed it by.

Alternatively, maybe some alumni will hire a team of consultants to crowd-fund indoor track & field seasons.

Sketch-y performance of basic sponsorship at The Track Meet