Podcast: What do track & field's sponsors expect to get from the sport? 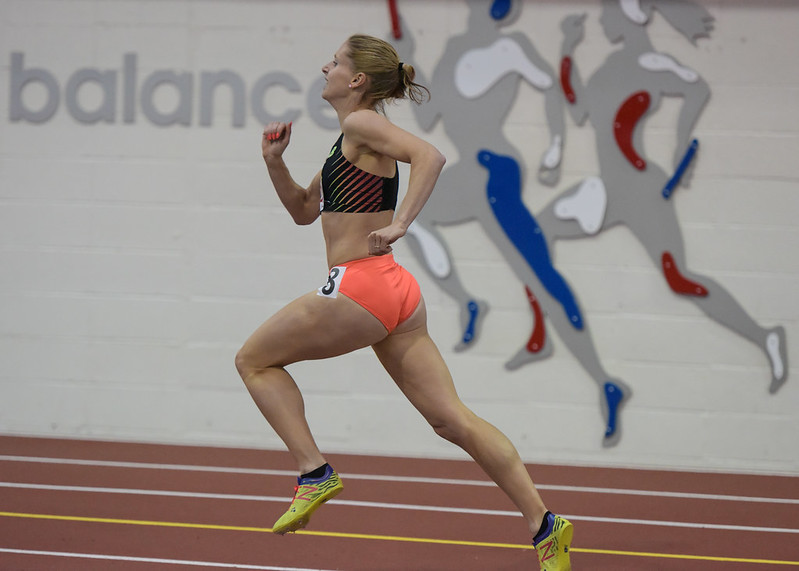 Last month we asked what the sponsors of the American Track League and New Balance Indoor Grand Prix did to activate on these events. More recent meets and Puma's return to professional distance running has us asking the three fundamental about any company's involvement in track & field.

Since the American Track League concluded their indoor mini-season, three “professional” track & field meets took place in Texas and California. Like at the ATL, some of the events at those meets - the Texas Qualifier and two by Sound Running - bore the name of a sponsor. And like at the ATL, we couldn’t find any mention of those companies’ involvement on their own websites or social media feeds.

The meets tagged their event sponsors on social media, linked from the meet website and included the sponsor names on graphics (and, we presume, mentioned them by name during the broadcasts), but there was nothing from the companies. And since the meets were closed to spectators, we know that there was no on-site activation (unless the target of the sponsorship was the athletes themselves).

The industry standard is that a brand will spend 10% of whatever they paid to sponsor a property to activate on the sponsorship. These companies did not appear to even do the free thing to pantomime an activation.

What, then, did the sponsors hope to gain from their involvement with these meets?

More broadly, what do any companies that sponsor track & field or distance running hope to get out of it? That was the topic on this week’s Lane9 podcast.

ARE YOU HEAR TO LEAD, NOT READ? DOWNLOAD THIS WEEK’S LANE9 PODCAST

Small brands sponsoring small meets is one thing. But Puma is returning to the distance running space by sponsoring a new training group in Raleigh-Durham, NC. In a comprehensive article on the running aspect of the story, Let’s Run’s Jonathan Gault writes:

In 2021, it is a challenge to build a training group from scratch. Each new sponsored group — whether it’s Reebok, On, Under Armour, or Puma — may have its own culture and identity, but ultimately their corporate backers are providing support for the same reason: to sell shoes. And while that investment is a boon for the sport and its athletes, it presents a challenge to individual companies and groups. The more brands and groups there are, the harder it is to stand out and recruit top talent.

He should have chosen a different direction for that last sentence. The “challenge to individual companies and groups” is in the preceding sentence: “to sell shoes.” Neither his article nor a similar one from Outside Magazine give any indication of how Puma intends to activate on this sponsorship, that is, how they will use the new group to advance their brand goals in distance running. There are very few examples anywhere in the sport of the sponsor leveraging their properties in a way that lets someone determine what the goal of the sponsorship is. The sponsors usually seem to play from the same sheet of music as the properties: exposure and awareness. That’s the usual pitch from athletes, meets and teams (whether on their own or through an agent), and somehow seems to win over the brand.

Little wonder, then, that so many sponsors come and go, and so many brand-dependent training groups come and go. Exposure and awareness are not worthwhile, competitive goals in modern sponsorship. They are too far away from desire, action, changing perceptions, selling shoes or any other legitimate brand goal.

MORE: TRACK & FIELD VS. DISC GOLF: WHAT WILL $1 MILLION GET YOU?

Puma, though, are extremely savvy in their sponsorships with other sports. Then again, almost all the other shoe companies do much more with their non-track & field sponsorships than they do with those in T&F. LRC’s Gault states the difficulty they face in cracking the market, and we’ll have to see if their sponsorship game is up to the challenge.

Anyone watching with an informed eye should be able to answer, or at least take a reasonable swing at, three questions about any sponsorship:

With the answer to #2 being “Apparently, nothing” for recent meets, you can conclude the same answer for #1, which, obviously, moots #3.

Not a good place for the sport, and one that will keep track & field from ever advancing beyond “support” to true “sponsorship.”