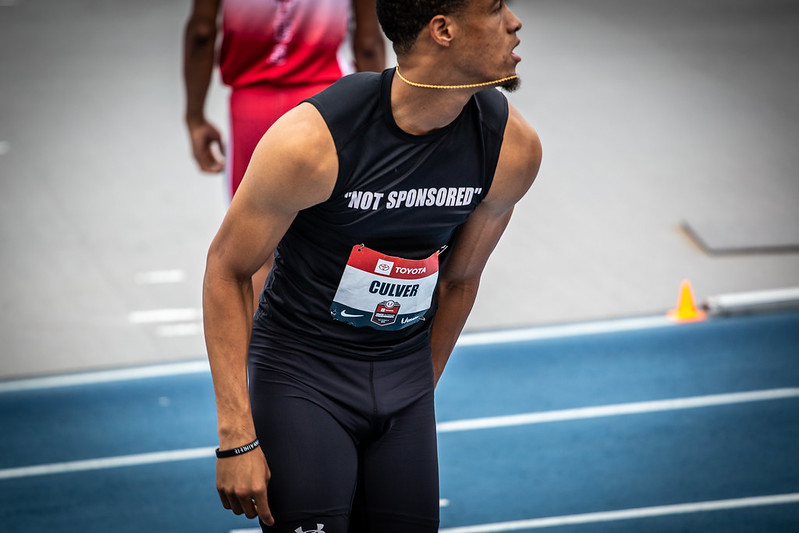 Earlier this month we asked what track & field’s sponsors hope to get out of their involvement in the sport. This week, we flip the question to the other side of those sponsorship contracts: What do track & field athletes, agents and events offer to their prospective sponsors during what passes as contract negotiations?

What little we know about track & field contracts is that they turn almost entirely on performance. The value of the contract is based on the athletes’ results in the year or two leading up to the contract and the subsequent projection of what they will do over the term of the contract. The contract may require them to compete in a minimum number of competitions each year, and may specify certain competititons that they must compete in due to the sponsor’s involvement with those events. Nike, in particular, is know for including “reduction clauses”: if an athlete does not hit certain marks, qualify for certain meets or finish at a minimum place, they owe money back to the company. For other companies, failure to hit the specified thresholds - even if they are not contractually obligated - will reduce the chance or value of a renewal.

We normally only hear about these clauses when an athlete fails to meet them or does something unusual in order to check the necessary boxes pro forma. That’s often followed by a predictable chorus of how unfair, one-sided, cold, rigid, unfeeling, &c. these contracts are. The implication being that the athlete should be allowed to breach their contract and the sponsor should overlook such things.

This week’s (newly rebranded) Lane9 podcast starts with a conversation we recently had about NALathletics’ revenue and sponsorship strategy. We said we would succeed, unlike traditional track & field, by giving sponsors what they actually want. When asked what that is, we said “I don’t know! We’ll ask them!”

RELATED: TRACK & FIELD VS. DISC GOLF: WHAT WILL $1 MILLION GET YOU?

Track & fieldsters can get away with this uninquisitive process to the limited extent they do only with endemic sponsors. Marks and meet minimums mean approximately nothing to non-endemic sponsors, who are only interested in the “what else” that sports properties can do.

Sponsorships should never be one-sided relationships. They should be at least two-sided, if not three. Ideally, the fans are the third leg of the relationship: the sponsorship should benefit the fans. Yeah, multiple bridges too far for track & field.

Track & field people complain that their contracts are one sided against the athletes, but there is no evidence that the property side has ever asked the counterparty who should be their partner - the sponsor - what the sponsor wants and what would benefit the sponsor. Since they don’t know what the sponsor wants they cannot propose contract clauses that factor in more than just their performance. The sponsors would be completely justified in feeling that they are the losers in the one-sided arrangement: they’re just expected to write a check when the contract is met and be the bad guy when the other party breaches. If only someone asked them what they wanted, maybe that someone would be able to provide it and both sides - and maybe even that missing third - would notch a win.

Podcast: What do track & field's sponsors expect to get from the sport?