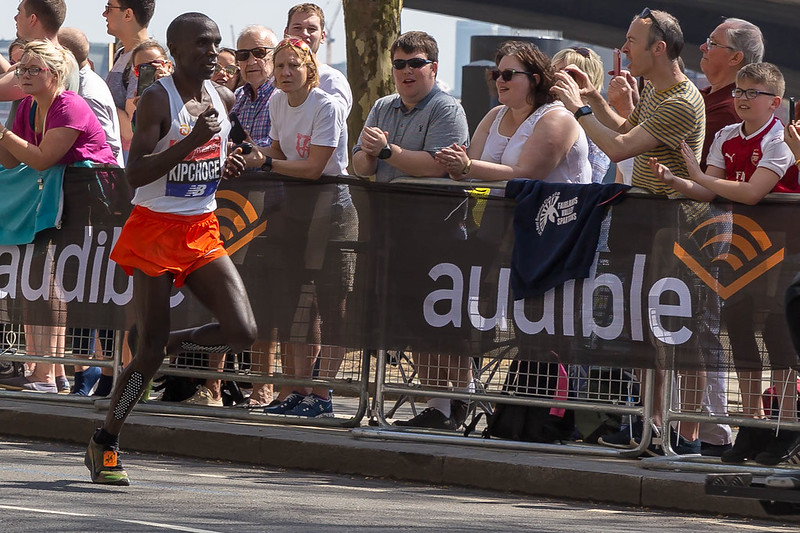 Track & field and running are actual sports in Kenya, in part because Kenyan fans treat them as such. If only American track & field athletes held themselves to the same standards of respect and professional identity.

Most American professional track & field athletes don’t know what industry they are in. Take a look at just about any professional American track & field athlete’s social media account… better yet, show a handful of accounts to someone who doesn’t know anything about American track & field and wouldn’t recognize any of the athletes (so, basically, just about anyone in the country); or do one of those “I forced an AI bot to look at 1,000 Instagram accounts and this is what it learned” things. Ask this person or bot off the street if they are looking at the social media presence of professional athletes or fitness influencers.

Considering how many of the athletes use the same hashtags and have the same content genres (“Here’s my fave workout that really hits my [choose muscle group]. Follow along to strengthen your [same muscle group]!” “What’s your favorite post-workout snack? Mine is [insert snack here], which is packed with antioxidants and protein. Yummm!”) as the fitness influencers, it could be hard to spot the difference until you look at the number of followers. Three digits (no decimal) followed by a K or anything with an M is a sure sign that you’re in fitness land.

You’ll never see those fitness-type posts from pro or semi-pro athletes in soccer, tennis, hockey, golf, baseball, football, lacrosse… you know, the successful sports. The unequivocally-recognized-as-sports sports. The sports where the people at home recognize and respect the immense gap in quality between them and the athletes.

There is at least one place where that gap exists in track & field and running: Kenya. While America’s pro track & field athletes wonder why fans, sponsors and media don’t view their sport as a sport in between their protein shake recommendations and glute activator Instagram vids, Kenyan running fans were outraged that anyone would blur the line between sports and fitness when it came to their star athlete.

The Africa Digital Influencer Awards named Eliud Kipchoge one of their Fitness Influencers of the Year. That did not go over well with fans of Kipchoge and the sport of running.

“Audacity,” “desperate,” “GOAT,” “respect” and “this must be crack” were among the tweeted responses from people who found it an outrage that a world record holder would be classified alongside some charismatic, attractive people who #inspo #fitspo the masses to get toned and buff (or at least give people something nice to look at in their feed).

Putting Eliud Kipchoge on a list like this is a different proposition than when Sports Illustrated ranks the world’s fittest athletes. That use of “fitness” stays within the sports industry. SI is comparing athletes to athletes on the grounds of physical conditioning and ability, and, yes, physique (ahhh, Ronaldo). They are not comparing athletes to fitness influencers or anyone in the fitness realm because Sports Illustrated is about - wait for it - sports. Athletes can do things with their fitness that even the most fit non-athletes can’t do. The fact that this one annual issue focuses on fitness is the exception that shows the rule: it’s athletes’ athleticism and athletic abilities that bring fans to the pages of SI, to the stadiums and to their TV’s and livestreams. The fitness is only a means to a sporting end.

Kenyan track & field and running fans turn out for the athleticism of their sport’s top athletes. As a result, those athletes are celebrities in Kenya, and celebrity is a step towards the commercial opportunities American track & field athletes complain they do not have.

Going the fitness route may seem like an easier route to followers and social media celebrity for American track & field athletes, but they will never be as good at it as those who do it for real, and it comes at the expense of their status at athletes.

Kenya’s track & field and running fans defend the line between sport and fitness on behalf of their athletes. American track & field athletes should learn where that line is and get themselves on the right side of it.

Sketch-y performance of basic sponsorship at The Track Meet