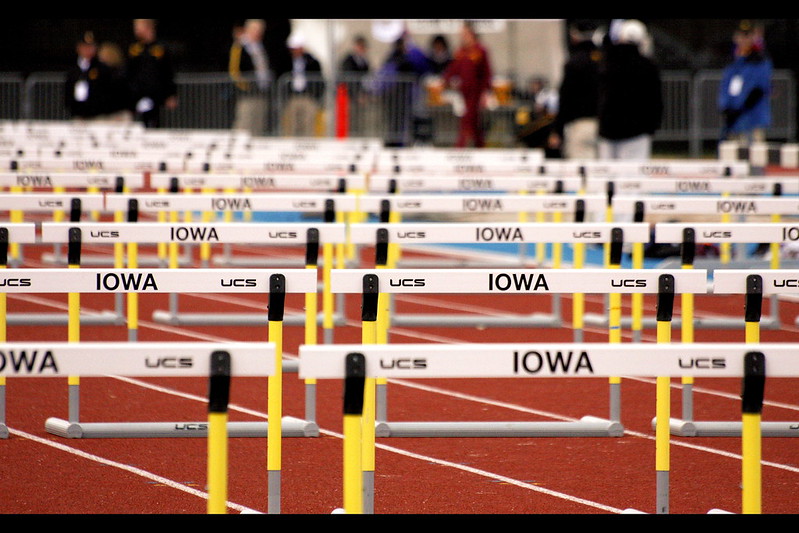 Big 10 football players' parents are petitioning the conference to reinstate the fall season. Cross-country and track & field athletes, whose sports are dependent on football, should throw their support behind these very public efforts.

Cross-country parents and football parents probably don’t have any chances to interact at the college level, but parents of Big 12 XC/TF athletes - and the athletes themselves - should join whatever Facebook group the parents of Ohio State, Penn State, University of Iowa and University of Nebraska football players are using to organize their open letters.

By speaking out on behalf of their football-playing sons (and in their capacity as particularly self-interested football-loving fans), these parent groups are inadvertently taking a stronger stand on behalf of collegiate cross-country and track & field than anyone in those sports ever will, or have the platform to do so. ‘Course, arguably, it’s a stronger stand than collegiate cross country and track & field deserve. File that under “For elsewhere.”

Thirteen of the 14 cross-country / track & field programs in the Big 10 (math is obviously not their strong suit) run at a deficit, ranging from University of Maryland’s $1.5 million shortfall to University of Nebraska conferring an additional meaning to the name “Big Red” with a $6.2 million loss.

Only Rutgers balances the books for XC/TF. Still not a profit. Just not a loss.

Fortunately for track & field and all the other non-revenue generating sports, Big 10 football programs make so much money that 12 of the 14 athletic departments as a whole turn a profit. UMD and Rutgers break even.

Non-football sports’ reliance on football is even more severe among the Power 5 conferences than in the collegiate system as a whole. Football’s financial power lets the NCAA’s best track & field programs discard any sense of financial responsibility and run seven-figure deficits. The other sports take advantage of this, too, but track & field is almost always the most profligate.

Perhaps instead of signing petitions that no one will heed and making social media cris de couer that won’t be heard outside of their single-sport bubble, cross-country and track & field athletes at Big 10 schools and their parents should co-sign the letters everyone in the sports world is reading this week urging the Big 10 to reconsider their decision.

It’s quite easy to ignore track & field. Everyone already does it.

But when the football world speaks, people listen. Track & field should support their gridiron benefactor out of self-interest, as much as any sort of school and department solidarity.