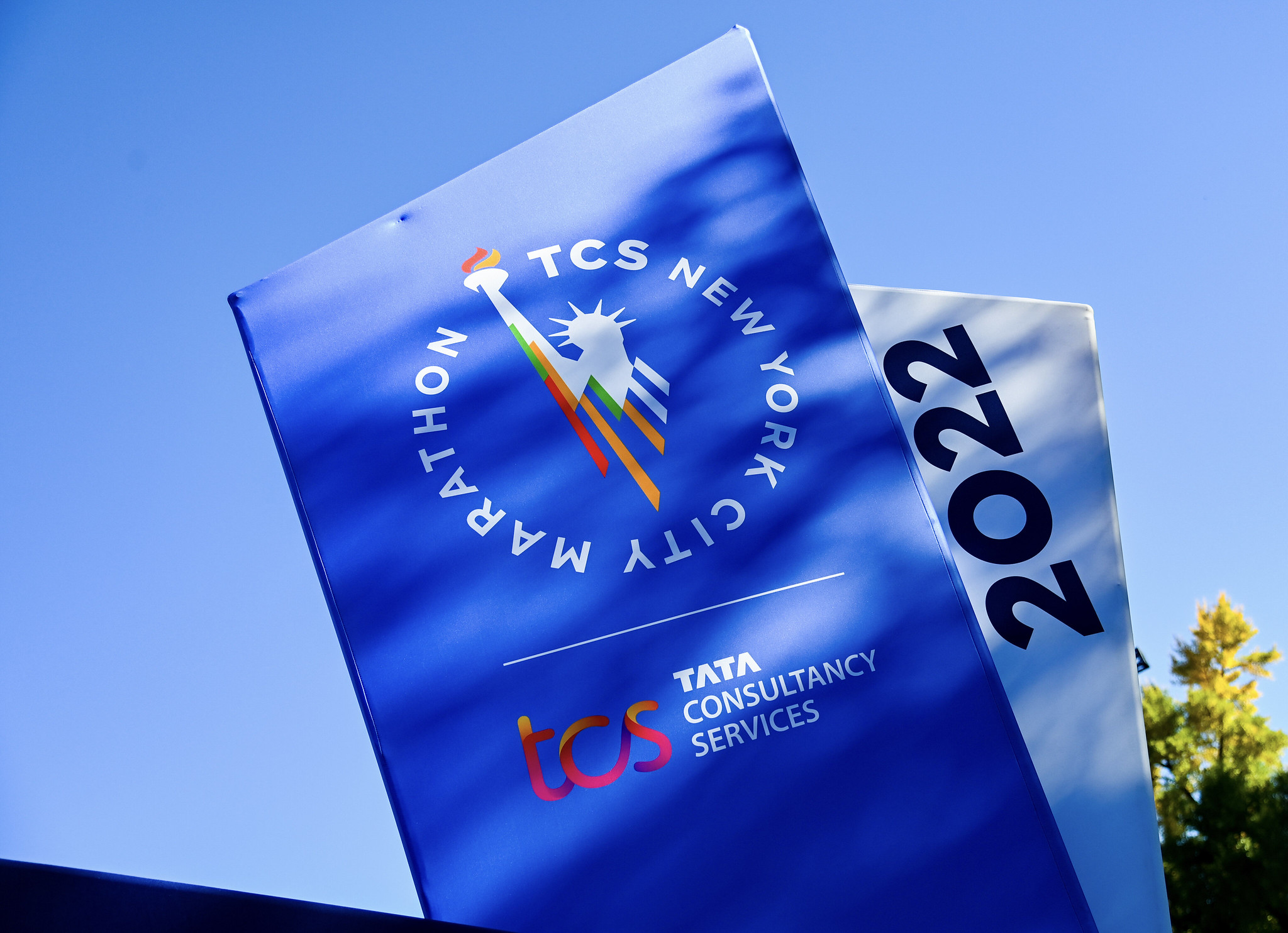 Like the Diamond League, the NYC Marathon is outside our daily realm of caring. But every once in awhile, particularly when there's money afoot and... controversy... around its allocation, road running will grab our attention.

The New York City Marathon, and road running more broadly, is not something that we usually or particularly care about. But there are three reasons for this post. First, road running is track & field adjacent. Most pro distance runners and nearly all American pro distance runners started off on the track. Amongst the American pros, many of them gave up on / moved on from / traded their ambitions on the track to go run the roads because there is more money on offer on the roads than on the tracks, especially domestically. Since keeping American track & field athletes - even the runners - in the sport of athletics is among our core purposes, understanding and talking about the economics of road running is relevant to our interests. Knowing how much - or, more accurately - how little these athletes can currently make shows how easy it’ll be to offer more (not to be confused with getting the athletes to go for the higher payday, which is remarkably not easy at all - we digress).

Second, any time we can find data about how much anyone in track & field or adjacent sports is making, well, we can’t say no to that. Road races overall are much more transparent about their prize money than track meets (even if the appearance fees and sponsor revenues are every bit as opaque), so this ties right in with the first point above. 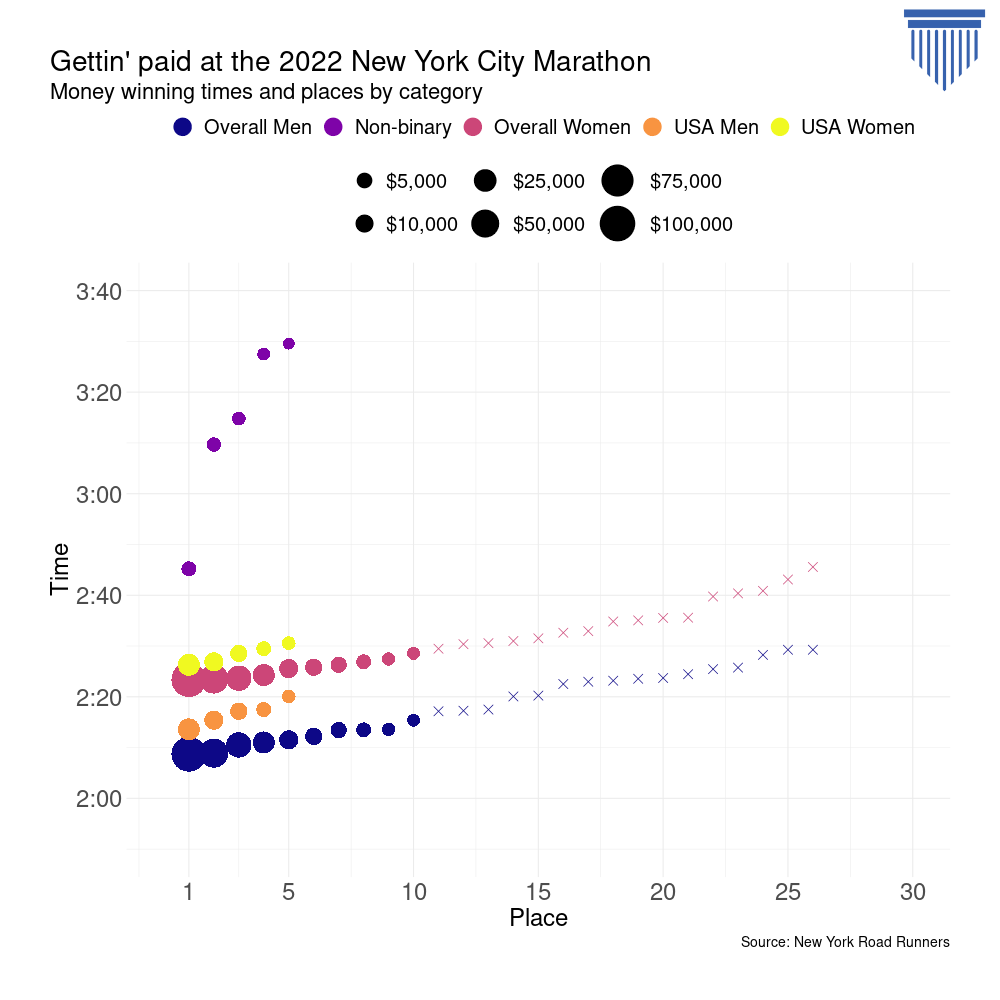 Let’s take a closer look at what it takes just to win a mere $5,000 or less on the streets of the five boroughs. 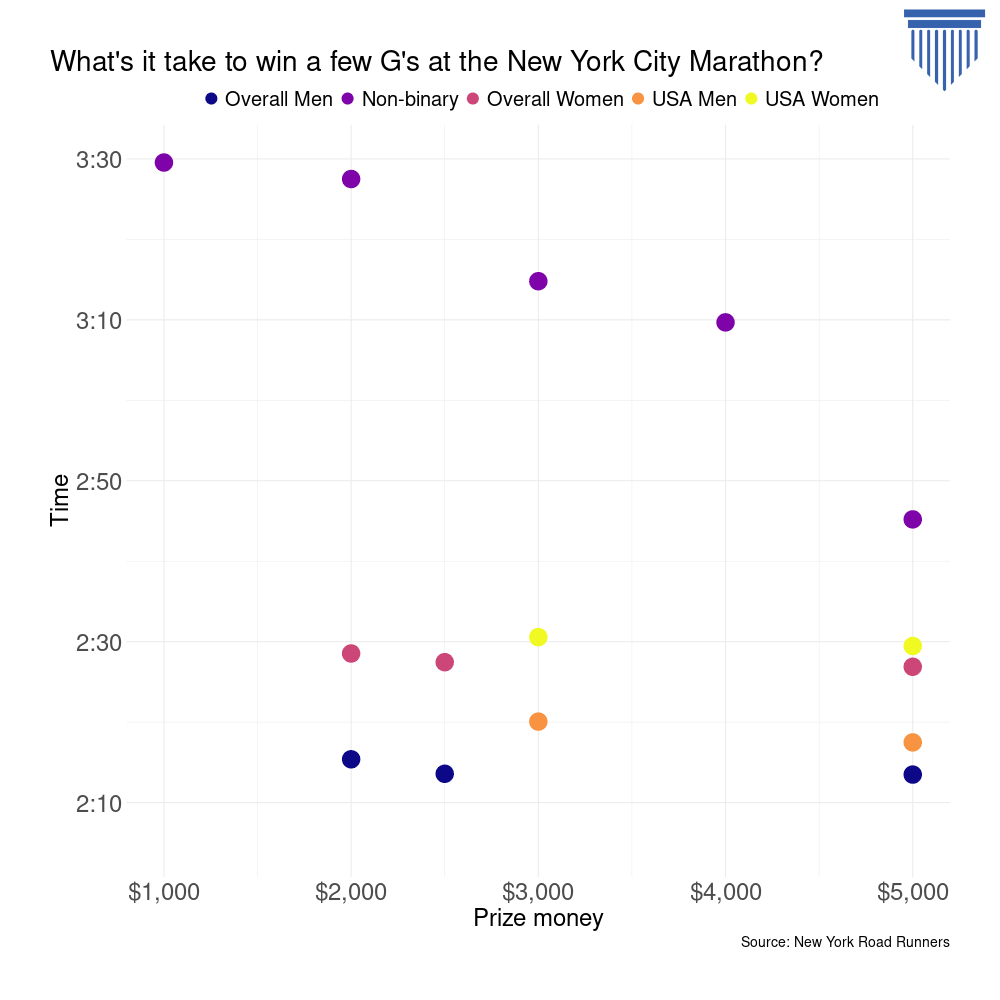 We’ll have more comparisons before long from our Diamond League results and financial data about what it takes to win $5,000 by jumping, throwing or running shorter (much shorter) distances.

For now, we’ll close out with this table comparing a few relevant standards or milestones from this year’s New York City Marathon.

MORE SPORTSBIZ AND DATAVIZ FROM THE WORLD OF ATHLETICS

Photo credit: Metropolitan Transportation Authority via Flickr, under CC BY 2.0.