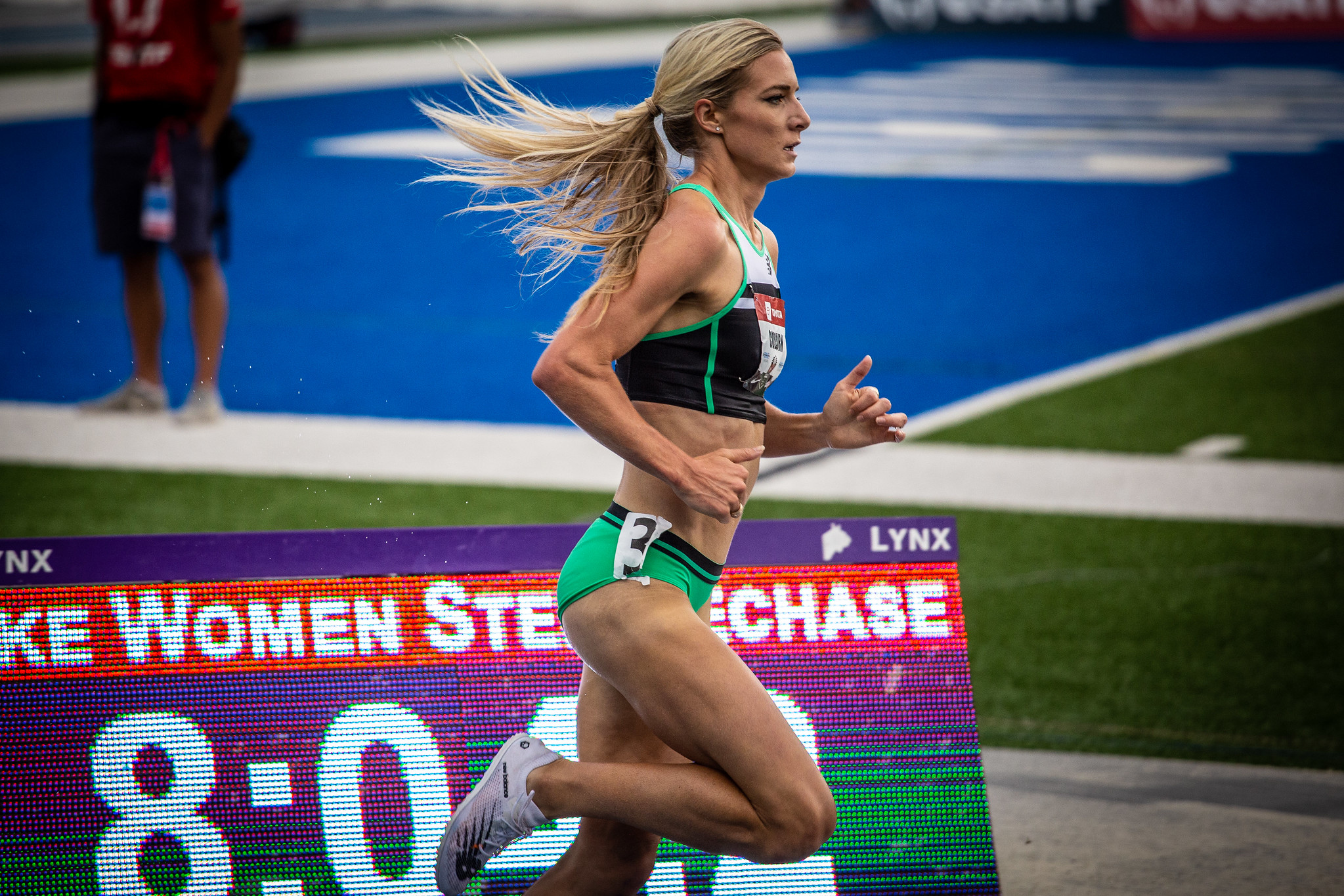 Track & field's young stars have a chance to build dominance over time by accumulating record numbers of national titles. This would be a valuable shift away from the narrow focus on extreme performances in isolated, individual meets.

No one asked Roger Federer what he was going to do next after he won his first Grand Slam title, nor after his fifth, 10th or 20th; nor did anyone ask Rafael Nadal what he would do after his 22nd. Nobody asked Rafael Varane what he would, could or wanted to do next after winning any of his four Champions League titles or the World Cup, all of which came before age 25. Same for his slightly older teammate Toni Kroos.

Same for Tiger Woods, Tom Brady and Michael Jordan. So why did people from NBC’s broadcast announcers all the way down to Let’s Run message boarders start asking “What will Sydney McLaughlin do next? Flat 400m? 800??” before she even stood up to take her post-World Championship victory lap.

Track & field’s obsession with times (more broadly, marks, to include the field events) has been a boon for the pharmaceutical industry and box office poison for the sport. It’s a telescoping viewpoint: not only is the emphasis on marks at the extreme limits of performance, but it reinforces the isolated nature of each meet. A record freezes the moment in which it happened. Even if it becomes an iconic slice of sports’ history, it’s cut off from what came before and what came after. Track & field knows that it has a problem with the lack of continuity and narrative over a single season, let alone over the years necessary to build a sustainable business. Various organizations have tried and failed for what should have been obvious reasons to address this issue, but even if they had a worthwhile idea and capable operation in place, they – and we – are going up a deep cultural shortfall in how we think and talk about success in this sport.

As always, we look to other sports, the successful ones, for ideas, like we did at the start.

Track & field can start emphasizing dominance over time, particularly with this current crop of young athletes like McLaughlin who have a decade of success in front of them. Instead of collapsing the timeline down to the fastest possible time in single events at individual meets, and then asking what a 22-year old will do next, put these athletes and the sport on the scale of a decade-plus career.

Emma Coburn was one of three athletes competing at the 2022 outdoor championships to already have the record for most USA outdoor titles in her event. The other two were Ryan Crouser and Allyson Felix. Crouser currently shares the record for most shot put championships with Adam Nelson, and is on track to not only take the top spot for himself but to lock it up for some time. Then again, I once said that about Roger Federer, and he has the mixed fortune of still playing while his rivals sail past his record.

(Article continues after the table. Click the column titles to sort!)

Most titles per event since 1972

Of the eight athletes with nine or more national track & field titles, six are women. Yet when you look at the title leaders in each event – not breaking out by men’s or women’s – 13 of the title records are held by women and 12 by men.

A few other event title records are in imminent danger (imminent being next summer). Keturjah Orji is only one USA title away from tying Sheila Hudson’s record of seven. Vashti Cunningham’s next high jump title will move her level with Amy Acuff. And Noah Lyles can do the same with Michael Johnson’s record of five 200m national championships.

A little further back, Evan Jager and Valarie Allman are two shy of the records in their events.

As for Sydney McLaughlin’s event, Kim Batten has the record for most USA championships in the 400m hurdles, with six. McLaughlin will need a few more summers just to overtake her rival Dalilah Muhammad, notwithstanding any additional titles Muhammad adds along the way. By the time McLaughlin is in position to set the record, she may be breaking Muhammad’s and not Batten’s.

That should answer the question about what McLaughlin could do next, which is the first step towards not hearing that question any more.

What about you – what are you going to do next?

This is all well and good for those few athletes who compete for national championships, and those even rarer few who will accumulate multiple titles. What about the other 20,000 or so collegiate track & field athletes who graduate every year, many of whom tell us that they leave college with no preparation for or even a single conversation about what might be next for them athletically?

As silly as it would have been for anyone to ask what Raphael Varane or Toni Kroos what they would do next after winning one or four Champions Leagues, it would have been absurd to ask what Real Madrid could do next. Teams are in the dominance over time business, because they last much longer than an one athlete. Teams and leagues also give athletes a variety of opportunities to set records, establish periods of dominance and extend the milestones of their career beyond any one competition or action.

So if you were (or will soon be) one of those 20,000 collegiate T&F athletes who graduated with no shoe contract in sight, but you still want “what’s next” for yourself as an athlete, get in touch with us today.

Teams and leagues are forming now. Records will be set and be broken, but those who are first will always be that.