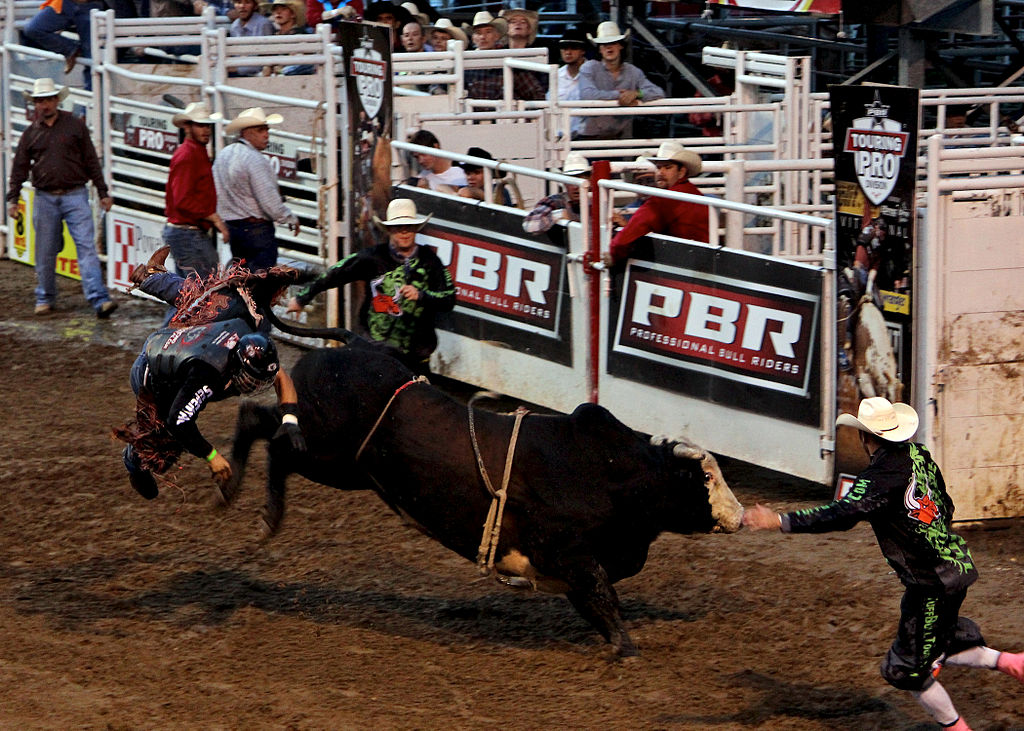 Nope, not track & field. Rodeo, via the Professional Bull Riders. Although in the interest of complete disclosure, we did it first. We already had the competitive format for our athletics matches in place right around the time that Endeavor was acquiring PBR for $100 million. But, over the intervening years, PBR had Endeavor’s resources and we, um, didn’t and don’t, so here we are.

The Wall Street Journal’s article on the new PBR league contains several key takeaways for anyone in sports business, and that are particularly relevant for niche individual sports looking to expand their markets via a team concept. Ya know, in case you know of any.

1. Put your teams where the fans are, not where you wish the fans were

Rodeo fans and athletes do not live in the major media markets nor the major media hubs. “Thank you, Captain Obvious,” you might be thinking. Truly, there are not many rodeo fans in New York City, Los Angeles, Chicago, Miami, Washington, DC… let’s just say the entirety of two coasts. If you were to put a PBR team in those cities, the competitions would not be well-attended and – despite the proximity to the media’s infrastructure and decision-makers – would not be covered by the major media. At least not without paying a lot of money for airtime (something we’ve talked about before).

Again, seems obvious. And it was to PBR. They are putting their teams in Texas, Arizona, Missouri, Tennessee, Oklahoma and North Carolina (Winston-Salem). No national media outlet has more than a regional office or sports talk radio affiliate in the PBR’s cities. But those cities have a lot of rodeo fans, a lot of rodeo athletes and a lot of people who identify with the rodeo lifestyle and PBR brand.

Startup leagues that reflexively put their teams in New York, Philly, LA, San Francisco, Boston etc. think that by virtue of being near the media, the media will care about them. They neglect the fact that the media wants the same thing the leagues do: viewers. Fans.

RELATED: WHAT T&F CAN LEARN FROM TENNIS: NO MEDIA, NO MONEY

2. Teams have to mean something

The early releases and articles about the new Professional Bull Riders league did not say anything about the length of the league season or athlete residency. But the WSJ article made one comment that indicates these will be real teams.

All team owners must hire a coach. If they have to hire a coach, the strong implication is that the coach will be coaching the athletes, and not just be a figurehead or in-sport celeb that lets the property act like these are real teams without them actually being teams. A team coach that coaches the team will let the team develop a competitive identity and a sense of team spirit. It will also require that the athletes live in the city they represent, at least for the length of the season if not year-round.

LEARNING FROM SOCCER: WHAT TRACK & FIELD CAN LEARN FROM VILLAREAL’S EUROPA LEAGUE WIN

This gives the teams meaning to the athletes, the fans, the owners and management. Everyone has something they can identify with and rally around. People in Chicago, Boston or wherever else will have no attachment to athletes who live and train somewhere else, fly in to this city, compete and then fly back home.

This lesson isn’t just for track & field: Premier Lacrosse League and Athletes Unlimited parachute and exfil their athletes. If you want people from Philadelphia (or Oklahoma City) to care about an athlete or team the way they care about their existing hometown teams, leageus need to do more than slap the city name on an athlete’s shirt for a few hours each week.

3. Money has to come from investors, not donors

Actual owners will own the PBR teams, and they each paid about $3 million for their team. That gives the owners a lot of incentive to make sure their teams and this league thrive. The owners are all business people, so they know the risk of failure. But the reason they can spend $3 million on a sports team is because they hate failure and know how to avoid it.

Donors, on the other hand – whether they are large-dollar donors or crowd-funders – have no such incentives. They’re not going to get anything in return for the money they put out other than a tax write-off and a warm fuzzy feeling. And they get those whether the team, league, event or sport survives or fails.

PBR CEO Sean Gleason to the WSJ: “How quickly each owner recoups the investment comes down to two questions: ‘How did your team do on the dirt?’ And: ‘How did you do selling sponsorships?’”

The owners of the PBR teams will operate their teams and manage their staffs the same way they manage their other businesses: as businesses. They literally have buy-in, and that is an incentive and a guarantee of effort, if not success.

4. Risk-taking and independence pay off in the long run

For a too-long stretch of the last couple years, the Professional Bull Riders was the only major or mid-major professional sports league competing in the US. When college sports were shutting down seasons, USA Track & Field was cancelling national championships and states were saying “No sports, no indoor events, no fans” or anything similar, PBR found other states, cities and venues that were happy to have their business and that of their fans.

“We went where they let us go,” Gleason said.

He could have said that a bit better. They went where they – and sports, in general – were wanted.

ONE MORE: TRACK & FIELD VS. DISC GOLF: WHAT WILL $1 MILLION GET YOU?

They didn’t shut down, they didn’t compromise, they didn’t take no for an answer. And now they are growing from a position of brand and financial strength.

On Al Franken: Track & field must learn from its greats before we have to remember them